This robot is controlled by a visual basic program (through the serial port), and can move in three different velocities by a pulse width modulated (PWM) signal generated by a PIC microcontroller (16F877).
The robot can be operated in two modes, “normal control” and “light tracker” modes. In the normal control mode, the robot can carry objects sized from 3 – 18 cm from place to another within 150 m. whereas in the light tracker mode, it follows the light in a dark room.

Many sensors were used, such as light sensors; tilt sensor, stall current sensing, battery level sensing, and some limit switches and touch sensors used in the hand. It can keep its speed constant when it goes on a hill (tilted) and automatically turns the light on when it becomes dark dark. Also to keep the IC’s safe, it disconnects the current when it’s stuck and the hand stops when holding something. 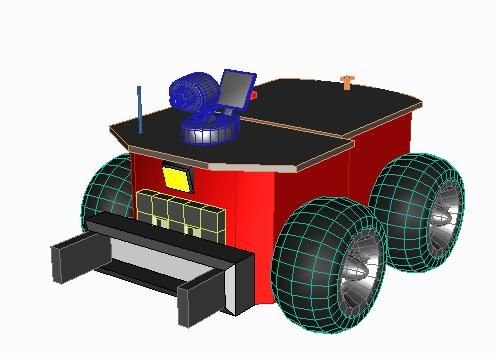 4 DC motors were used controlled by a PIC microcontroller 16F877 and 3 motor driver circuits.
It took about 4 months, and costs about 600$

at the initial stage, a design of the project was provided. mainly, defining the block diagram; see the figure.

A more detailed Circuit Diagram is required at this stage, however, to facilitate this, the main modules identified were:
1. Microcontroller
2. Sensors
3. Motors
4. Wireless circuit
5. PC program.

A 3d Design was done as well, see the figure.

Step 2: Choose the Devices and Components

At this stage, the designer should choose the devices and components required to build the robot.
READ  ULTRASONIC SONAR RADAR ROBOT SAA1027 PIC18F2420 FT232

It is important to understand the computability of these devices and how they work together.

This step is the most important step. at the beginning, the codes that will be received and transmitted from the PIC should be identified.

Start connecting the components to the appropriate pins of the PIC, and program the microcontroller. This may require to build small circuits using the regulators, resistors, sensors …etc.

The program was written on visual basic.
The communication was established through the RS-232. Using MSComm to send the data to the microcontroller by configuring the settings (port number, baud rate, parity number of data bits, stop bits).
I used 8-bit data with one stop bit and parity at a baud rate 9600 bps. 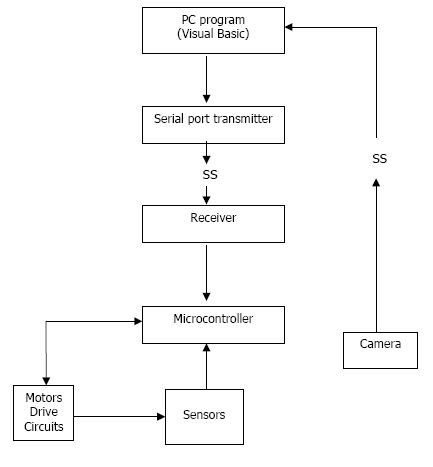 A good design of the body is important. Also choosing the wheel arrangement, see the figure.

he robot was built after insuring that the programs are working fine. This step can be done before programming also.

For more detail: The Rock

With about 40 percent of the world’s food produced using irrigation, it’s a major factor in food security. Amid concerns...