Just hook this Alarm Phone Dialer up to something you would like to monitor, for example, a high water alarm, low temperature alarm, back window, garage door, etc. When the system is activated it will call a number of programmed numbers to let you know the alarm has been activated. This would be great to get alerts of alarm conditions from your home when you are at work. The microcontroller code is provided on the site. 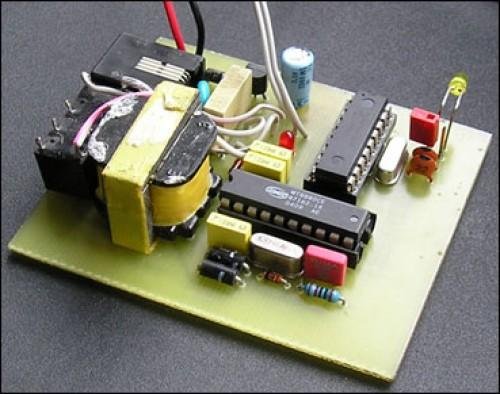 The circuit uses a MT8880 DTMF dialer chip and a PIC 16F84A microcontroller.

After putting together this little device, you must enter programming-mode to learn some phone numbers which this module will call after detecting an input on it’s sensor pin

After programming just supply power to the device. After pressing the button “Pokreni dojavu alarma” it will start to dial (tone or pulse, depending on the jumper setup). When the phone call is successfully established, the called party should press pound key “#” to stop the device from calling another number or again.

You should put a sensor instead of button “Pokreni dojavu alarma”.
Programming the numbers 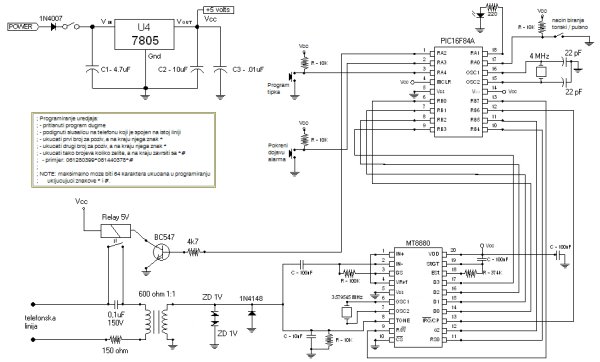 Please note: The device will learn 64 characters/digits including * and # keys.