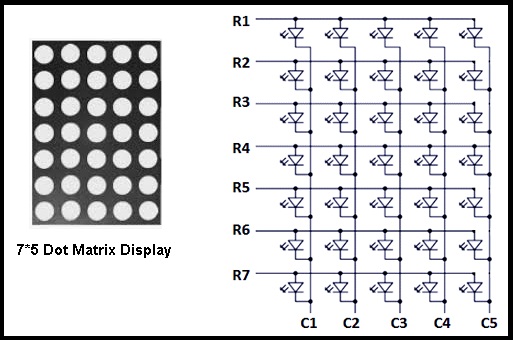 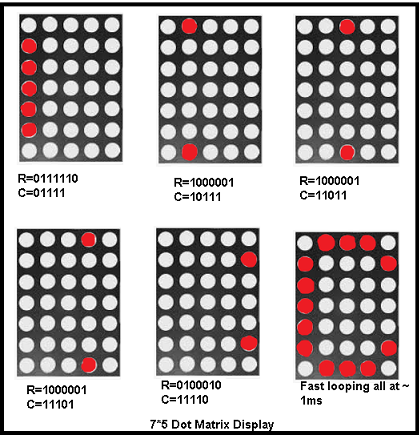 For display complete alphabet “C” we have  to send those data with minimum delay to display at once.

Another important think we have to keep in mind that for displaying column we need high current. because see in step 1 we are sending 0111110 so all 5 LED which have to glow in a same column so we need high current to glow all LED at a time. For this purpose we can use ULN 2003a IC which has seven built-in Darlington transistor arrays. It can provide 50volt and 500mAmp current in single chanel. In bellow I give the simulation circuit diagram In Proteus. 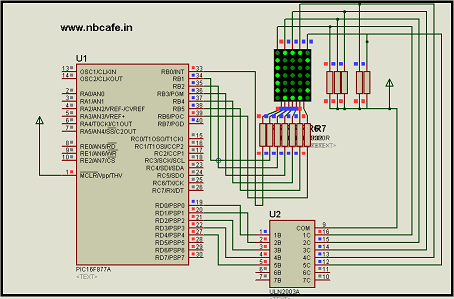 In bellow you will see the complete C code of this tutorial Interfacing Dot Matrix led Display with PIC Microcontroller for display Character “C”.

For project on security systems, Interfacing Camera with PIC Microcontroller via Matlab GUI is mostly desirable. But size internal ROM and...