As shown in the picture, the system can control any electrical appliance, by turning ON or OFF, that is connected into the electrical socket. The system does this using bespoke voice commands. The system uses a micro-controller board (PIC or Arduino) and a PC/Laptop with the Microsoft Windows Operating System.

1) Please note that since this project involves controlling of electrical appliances running at very high voltage (230V AC), please do so carefully and at your own risk.

2) All the instructions and code are provided “as is”, please follow/use them at your own risk, I will not be liable for anything what so ever.

3) Also please let me inform you that I do not have any tie-up with the vendors that I have mentioned below from whom I have acquired, obtained, purchased various software and hardware components, nor do I receive any commission from them. These components carry license agreements from the vendors. Please adhere to their respective license agreements. 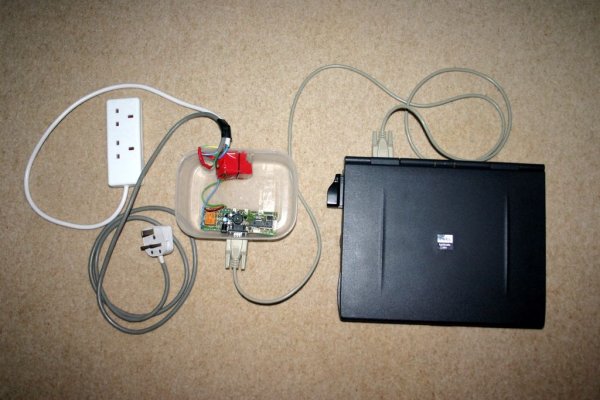 I strongly believe in not “re-inventing the wheel” therefore most of the components that I have used are off-the-shelf (Hw/Sw both). This enables anybody to create this project very quickly without requiring in depth technical knowledge about electronic circuits and without worrying about the complexity of speech recognition.

The way this automation system is designed and works is as shown in the figure. When a voice command (any voice command that I like) is uttered, it is recognized by a speech recognition software running on a PC with a microphone. The speech recognition software then invokes a ‘C’ program, i.e. Serial port driver, that sends a command over to the PC serial port to which a micro-controller board is interfaced. The micro-controller on the board runs a firmware that receives the command from the serial port and interprets it. The micro-controller then toggles an output pin which drives a transistor which in turn drives a relay. The relay then controls any appliance that is connected to it. The figure shows the complete system design.

The very first thing that I required was a speech recognition system that would allow me implement my own commands and train my voice on the same commands. In other words I wanted the functionality where the system would accept my own customized voice commands and upon recognizing the commands the system would then run an executable or a program that I have implemented. While I was looking for such system on the internet, I stumbled upon a PC based speech recognition system called “TAZTI”. I selected this software as the speech recognition front end is because it satisfied the main two requirements: firstly it allows the user to create their own custom voice commands and secondly the system allows user to run their own program or executable upon recognizing these commands. There are quite a few other useful features in the Tazti speech recognition software (can be obtained from their website www.tazti.com ). Older versions of the software were freeware but the current versions are paid however they do provide a trial version for 15 days.

READ  An adapter with standby power consumption below 0.1W already on stock

Step 4: Interfacing with the PC

The second thing that I needed was a way to interface an electrical appliance with the PC using possibly the parallel or the serial or the USB port . So when a voice command is recognized in the PC a program would be executed which then sent a control command to the interfacing circuit to activate or de-activate a relay that controlled the electrical appliance or the gadget. I chose to use an off-the-shelf PIC micro-controller board that also had a relay and a serial port interface on the same board. You could use any such micro-controller board for an example Arduino.

While looking for such micro-controller board I came across PIC-MT a development board for 28 pin PIC microcontroller from Olimex (can be obtained from their website www.olimex.com ). This board comes with a Serial/RS232 interface which can directly be connected to a PC serial port and an on-board circuit with a relay. All the details about the board such as schematic/circuit diagram and user manual etc are available from their website. I used PIC 16F876A for my prototype and implemented the firmware for the micro-controller in ‘C’. I have also used the PIC boot loader and downloader software from Sparkfun (from www.sparkfun.com ). The boot loader allowed me to download the firmware in hex in to the program memory of the micro-controller over the serial port of the PC without requiring a proper PIC programmer and the special board socket for PIC programmers. Also this was carried out while keeping the micro-controller in the chip socket on the board, i.e. ICSP (In Circuit Serial Programming). Although I did have to program the boot loader for the very first time using the PIC programmer (PIC Start Plus or similar) into the micro-controller. 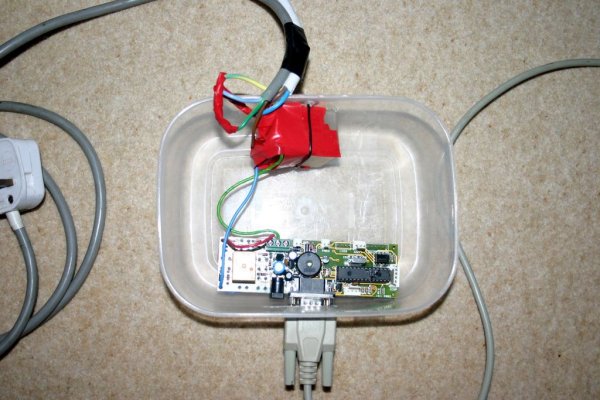 I implemented a simple ‘C’ program (essentially a Serial/RS232 driver and a client program) for the PC which would send a control command over to the serial port to the PIC board whenever this program is executed. The PIC serial server program would then listen to the commands arriving on the serial port and upon recognizing a control command it would perform a task(s) such as turning ON the relay or turning OFF the relay.

The attached ‘C’ Serial/RS232 driver/client program sends command word 27 to the PIC board. I programed the voice command to be “TV ON”. This code has been successfully tested on Windows XP. For the voice command “TV OFF” the command word was 28. This ‘C’ program is in older style, shown here as an example, more modern Win32 user mode driver program could easily be written using Windows API for accessing serial port.

HRL Laboratories, based in Malibu, CA, recently tested a prototype neuromorphic chip with 576 silicon neurons aboard a tiny drone...