This PIC16F877A microcontroller tutorial answers the question,
” How to use timer0 of PIC16F877A and how to handle its interrupts? “

Using PIC16 simulator (Proteus) you can verify this PIC timer0 code and change it according to your needs. This code is written in C language using MPLAB with HI-TECH C compiler. You can download this code from the ‘Downloads‘ section at the bottom of this page.

It is assumed that you know how to blink an LED with PIC16F877A microcontroller. If you don’t then please read this page first, before proceeding with this article.

The following diagram (made in Proteus) shows the PIC microcontroller circuit diagram. 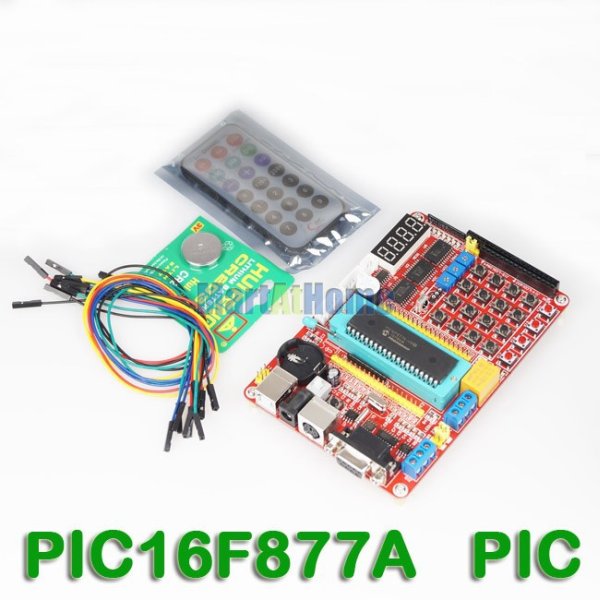 In the main function, firstly TRISB0 is made zero to make RB0 pin an output pin, also RB0 pin is made zero. After that, InitTimer0() function is called which initializes timer0. Rest of the work is done in timer0 interrupt service routine. Every time timer0 expires RB0 pin is toggled.

The code used to initialize timer0 is shown below.

In this function, OPTION_REG is initialized to make timer0 prescalar to be 1:2. Timer0 is an 8bit timer, so it expires after reaching a value of 255. When timer0 prescalar is made 1:2 then it means that timer0 value will increment after every two clock cycles. Since PIC16F877 is running at 5MIPS[2] speed, this means that timer0 will expire after every 256*2/5 = 102 usec[3]. T0IE bit enables timer0 interrupts and GIE bit enables global interrupts. 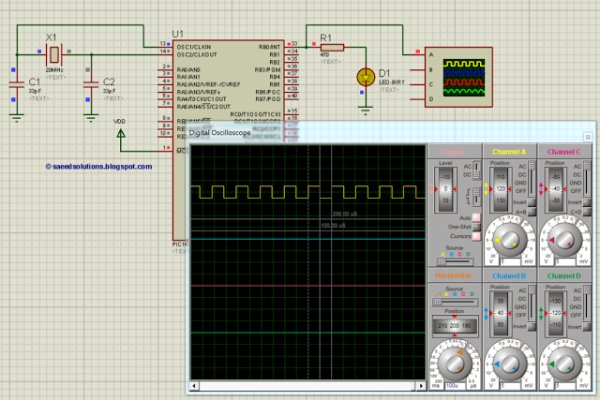 READ  Interfacing of PIC16F84A with (i2c based) 24LC64 EEPROM (Code + Proteus simulation)
Whenever timer0 expires, then an interrupt is generated which executes the function shown above in the Figure 4. In this function, RB0 pin is toggled every time and timer0 interrupt flag is cleared. This means that in Figure 1 when ever RB0 pin toggles than timer0 interrupt has occurred.

This is just an example code for timer0 of PIC16F877A microcontroller. You can modify it to fulfill your circuit requirements.

A Real Time clock (Digital Clock) can be made easily by using Timer 1 of a PIC Microcontroller. The Timer1...