This program is a network power resetter. It controls a solid-state-relay that is in series with 110VAC that supplies power to a satellite internet receiver, various routers, etc. Once every 24 hours it drops power for 10 seconds to allow the receiver and routers to start clean, something that seems to be necessary to keep receivers and routers from “losing themselves” after running too long! 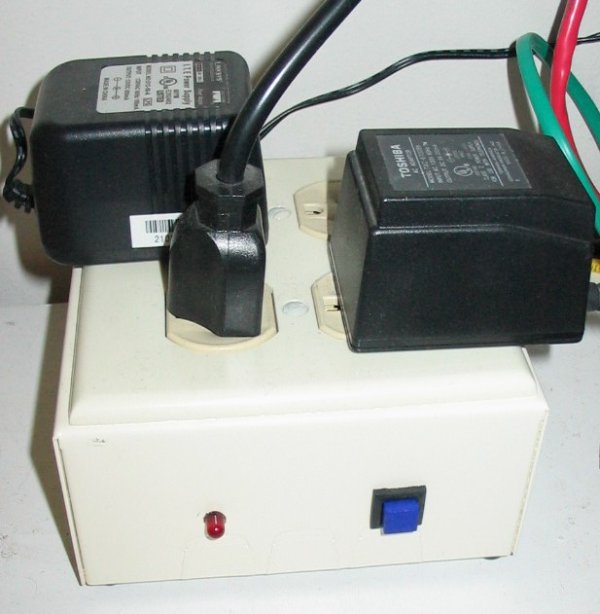 This is simply an electronic solution with a couple of features, but the same thing can be accomplished by the use of a mechanical “home” timer that drops power once per day, as illustrated in the image below.

Why have an enclosure?  The enclosure of a clock doesn't tell you the time!  So I built this PIC clock...