PIC RGB is a circuit that generates random RGB colors using a RGB LED and fades between them. The idea for this circuit came from the candle simulator [1] and another project called TinyRGB [2] .
The challenge was to create an algorithm that could fade 3 independent colors at different speeds in the same time interval, using integer math, (of course). 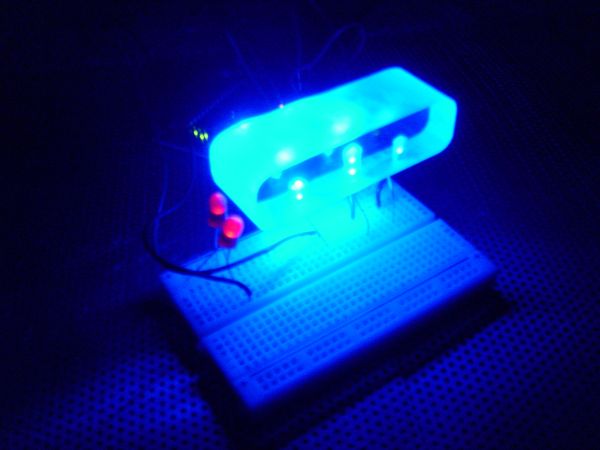 Basic schematic includes a voltage regulator 78L05, the PIC with a decoupling capacitor and a few resistors.

The push-button switches between running modes, random and sequence. 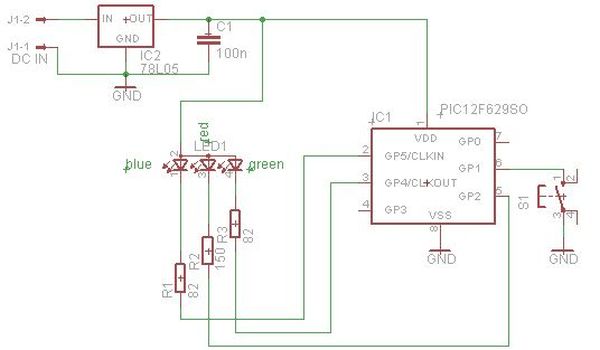 The PCB and Schematic were created using Eagle from Cadsoft and are available below at the downloads section. Click on the image below to expand it and have a look at the top placement information.

Note: PIC pin1 is the lower right one.

Power Pic RGB with Infrared remote controlis a circuit that generates colors using a RGB LED and can be controlled...