The project is designed to develop a robotic vehicle that follows a specific path. This project uses a microcontroller of 8051 family for its operation. A pair of photo sensors comprising IR transmitter and photo diode is interfaced to the controller to detect the specified path for its movement. 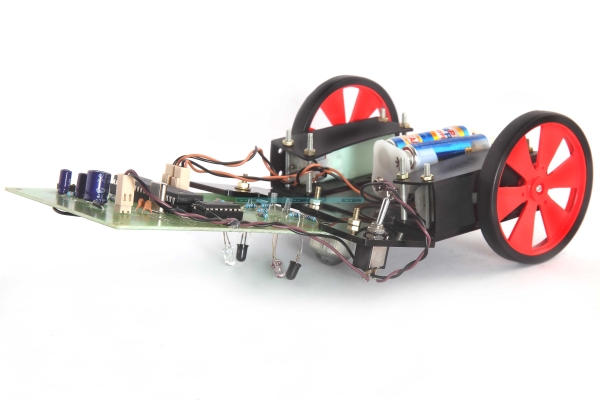 Line follower robot is a useful robot that is used in ware houses, industries, and stores etc, where it follows a dedicated path. This proposed system of a line following robot fulfils the desired functionality and demonstrates the working of it. It uses a pair of photo sensors, comprising of one IR transmitter and a photo diode in each. It guides the robot to follow a specified path by giving appropriate signal to the microcontroller. Two DC motors are used interfaced to the microcontroller through a motor driver IC. Input signals given to the microcontroller from the sensors and then the controller takes the appropriate action according to the program written in it and drives motors as desired. 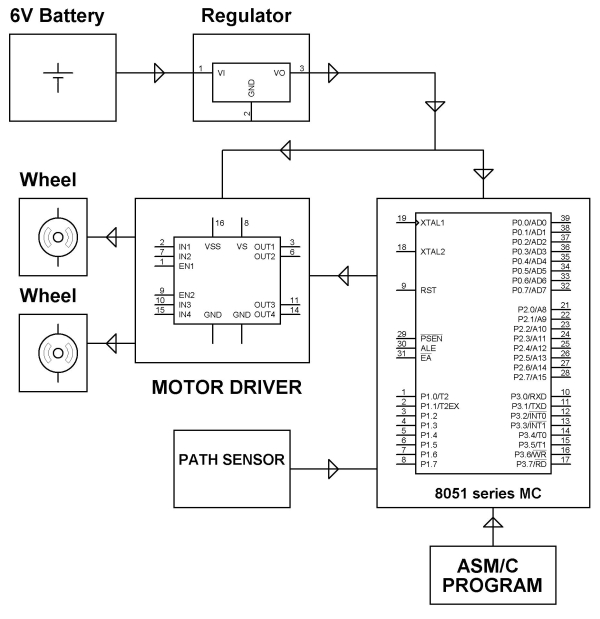 Further the project can be enhanced by adding more advanced sensors to it. This will add more features to the existing project. For example, we can use ultrasonic sensors for detect any obstacle in front of the robot and to take appropriate action.

Tengu derives its name from a mythical Japanese creature known for getting into mischief. Our Tengu, however is more earthly in nature.  It...