Irrespective of the intended application, is it a communications satellite or a weather satellite or even an Earth observation satellite, different subsystems comprising a typical satellite include the following: 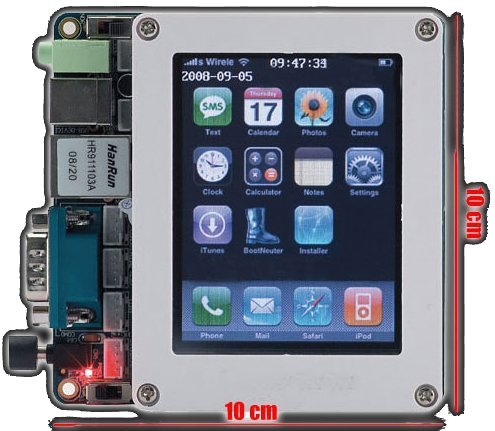 The telemetry, tracking and command (IT &C) subsystem monitors and controls the satellite right from the lift-off stage to the end of its operational life in space. The tracking part of the subsystem determines the position of the spacecraft and follows its travel using angle, range and velocity information. The telemetry part gathers information on the health of various subsystems of the satellite encodes this information and then transmits it. The command element receives and executes remote control commands to effect changes to the platform functions, configuration, position and velocity.

The attitude and orbit control subsystem performs two primary functions. It controls the orbital path, which is required to ensure that the satellite is in the correct location in space to provide the intended services. It also provides attitude control, which is essential to prevent the satellite from tumbling in space and also to ensure that the antennae remain pointed at a fixed point on the Earth’s surface.

The payload subsystem is that part of the satellite that carries the desired instrumentation required for performing its intended function and is therefore the most important subsystem of any satellite. The nature of the payload on any satellite depends upon its mission. The basic payload in the case of a communication satellite is the transponder, which acts as a receiver, amplifier and transmitter. In the case of a weather forecasting satellite, a radiometer is the most important payload. High resolution cameras, multispectral scanners and thematic mappers are the main payloads on board a remote sensing satellite. Scientific satellites have a variety of payloads depending upon the mission. These include telescopes, spectrographs, plasma detectors, magnetometers, spectrometers and so on.

Antennas are used for both receiving signals from ground stations as well as for transmitting signals towards them. There are a variety of antennas available for use on board a satellite. The final choice depends mainly upon the frequency of operation and required gain. Typical antenna types used on satellites include hom antennas, centre-fed and offset-fed parabolic reflectors and lens antennas.

According to Maini and Agrawal (2007), for satellite controller, we have to consider tracking, telemetry and command subsystem. The tracking, telemetry and command (TT&C) subsystem monitors and controls the satellite right from the lift-off stage to the end of its operational life in space. The tracking part of the subsystem determines the position of the spacecraft and follows its travel using angle, range and velocity information. The telemetry part gathers information on the health of various subsystems of the satellite. It encodes this information and then transmits the same towards the earth station. The command element receives and executes remote control commands from the control centre on Earth to effect changes to the platform functions, configuration, position and velocity. The TT&C subsystem is therefore very important, not only during orbital injection and the positioning phase but also throughout the operational life of the satellite.

Figure 1 shows the block schematic arrangement of the basic TT&C subsystem. Tracking, as mentioned earlier, is used to determine the orbital parameters of the satellite on a regular basis. This helps in maintaining the satellite in the desired orbit and in providing look-angle information to the Earth stations. Angle tracking can, for instance, be used to determine the azimuth and elevation angle from the Earth station. The time interval measurement technique can be used for the purpose of ranging by sending a signal via the command link and getting a return via the telemetry link. The rate of change of range can be determined either by measuring the phase shift of the return signal as compared to that of the transmitted signal or by using a pseudorandom code modulation and the correlation between transmitted and received signals.

During the orbital injection and positioning phase, the telemetry link is primarily used by the tracking system to establish a satellite-to-Earth station communications channel. After the satellite is put into the desired slot in its intended orbit, its primary function is to monitor the health of various other subsystems on board the satellite. It gathers data from a variety of sensors and then transmits that data to the Earth station. The data include a variety of electrical and nonelectrical parameters. The sensor output could be analogue or digital. Wherever necessary, the analogue output is digitized. With the modulation signal as digital, various signals are multiplexed using the time division multiplexing (TDM) technique. Since the bit rates involved in telemetry signals are low, a smaller receiver bandwidth with a good signal-to-noise ratio is used at the Earth station.

On-board control offers several technical capabilities. All of the orbital elements of the spacecraft are controlled automatically, including specifically:

This means that the spacecraft follows a fully predictable orbit pattern, such that:

The process for computing future positions is sufficiently simple that it can be included in virtually any ground-based equipment that uses a general purpose microprocessor. There is a longer planning horizon for all future activities:

Disturbance torques is much lower than with more traditional orbit control processes the size and responsiveness of control actuators can be reduced. Restrictions on the timing of station keeping maneuvers can be reduced or eliminated (Gurevich and Wertz, 2001). 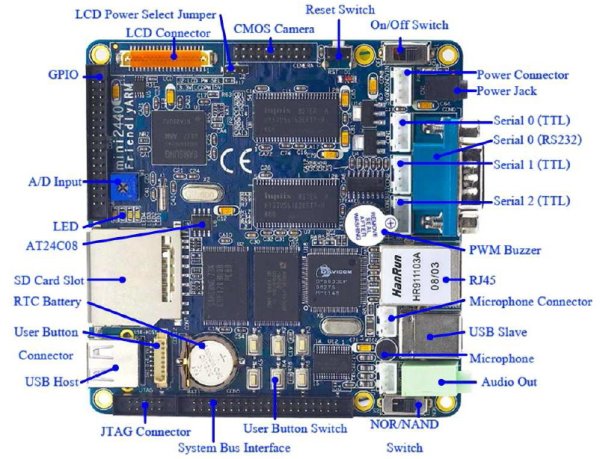 ARM Processor as the Main Controller

The on board satellite controller is embedded system. The embedded systems can control many different devices, from small sensors found on a production line, to the real-time control systems used on a NASA space probe. All these devices use a combination of software and hardware components. Each component is chosen for efficiency and, if applicable, is designed for future extension and expansion.

Embedded systems typically use a microprocessor, combined with other hardware and software, to solve a specific computing problem. Microprocessors range from simple (by today’s standards) 8-bit microcontrollers to the world’s fastest and most sophisticated 64-bit microprocessors (Andrews, 2005). In this paper we introduce ARM processor (visit http://www.arm.com for more information about ARM Processors) which can be used as a main controller.

Acording to Sloss, et al (2004), there are a number of physical features that have driven the ARM processor design. First, portable embedded systems require some form of battery power. The ARM processor has been specifically designed to be small to reduce power consumption and extend battery operation-essential for applications such as mobile phones and personal digital assistants (PDAs) or on board satellite controller.

Our first chipKIT tutorial is about reading and writing digital data (0 or 1) from and to an I/O pin...