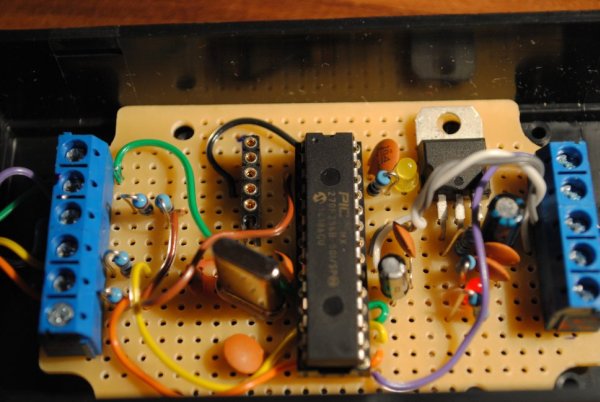 The PGEC1 and PGED1 pins enable PIC32 ICSP Programmer v1.0 firmware updates. They operate only on 3.3 V, so a 3.3 V ICSP programmer should be used to upload the firmware. You can use a commercial programmer with PIC32 support (like PICkit3), or program a PIC32MX270F256B microcontroller chip with JTAG PROGRAMMER FOR PIC32 FAMILY or other ICSP or JTAG programmer with a programming header.

PIC Programmer v4.0 application (PIC Programmer – v4.0 x64 with source code.zip) is based on PIC Programmer v3.2 application for JTAG PROGRAMMER FOR PIC32 FAMILY which was built for PIC18F2xJ50 microcontrollers, so the programming library SVLIB_PIC18F24J50 v2.7c.st.NET4x64.dll) is still used. It will be replaced with a newer library in a future version of the programmer software.

The current version of the application software supports PIC32MX1xxFxxxx and PIC32MX2xxFxxxx microcontrollers only, but you can easily add your support for other PIC32 microcontrollers. Source code is included. 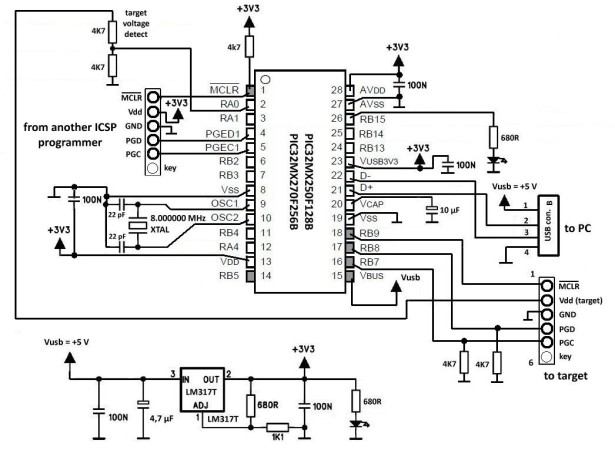 WHERE TO BUY PARTS:

It is cheap to build. The PIC32MX270F256B microcontroller costs only about 5 €. The other electronic components are much cheaper, so all the programmer parts including the prototyping PCB cost just about 10 €. You may also omit the target voltage gauge (the voltage divider beside the service ICSP port with two 4.7 k ohm resistors connected to target Vdd – see the schematic) and service ICSP port connector, if you intend to program the firmware with a programming header.