Interfacing DHT11 with PIC16F877A for Temperature and Humidity Measurement


Temperature and Humidity measurement is often useful in many applications like Home Automation, Environment Monitoring, Weather station, etc. The most popularly used Temperature sensor next to LM35 is the DHT11, we have previously built many DHT11 Projects by interfacing it with Arduino, with Raspberry Pi and many other development boards. In this article, we will learn how to interface this DHT11 with PIC16F87A which is an 8-bit PIC Microcontroller. We will use this microcontroller to read the values of Temperature and Humidity using DHT11 and display it on an LCD display. If you are completely new with using PIC microcontrollers you can make use of our PIC tutorial series to learn how to program and use PIC microcontroller, that being said, let’s get started. 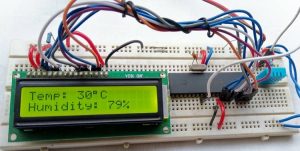 The other component is a surface mounted NTC Thermistor. The term NTC stands for the Negative temperature coefficient, for the increase in temperature the value of resistance will decrease. The output of the sensor is factory calibrated and hence as a programmer we need not worry about calibrating the sensor. The output of the sensor given by 1-Wire communication, let’s see the pin and connection diagram of this sensor. 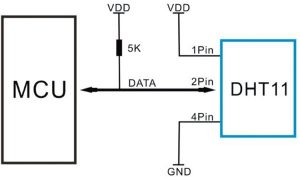 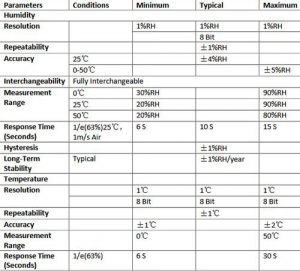 As mentioned earlier, in order to read the data from DHT11 with PIC we have to use PIC one wire Communication protocol. The details on how to perform this can be understood from the interfacing diagram of DHT 11 which can be found in its datasheet, the same is given below.

Source: Interfacing DHT11 with PIC16F877A for Temperature and Humidity Measurement

Four “EPM16x”-branded Pico-ITX SBCs has just been launched by Logic Supply. The boards, while compatible with Windows, come Ubuntu-Ready and are available in...