This is a programmable infrared (remote control) transmitter, which can be controlled from a computer serial port. It is capable of sending many remote control formats, including the Philips RC-5 standard. Exact formats with the timing parameter names are shown on the pictures:

The controller will accept commands on a serial port. Settings are: 19200 bps, 8 bits, no parity, 1 stopbit, no flow control (XON/XOFF or RTS/CTS). Commands consist of hex coded bytes and must be written on the port as ASCII characters separated by space, terminated by ENTER (ASCII char 0x0d). The list of commands is here: 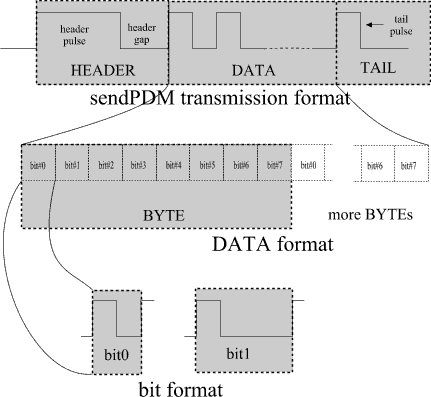 You can use a terminal emulator program to test out the circuit (for example minicom on linux, NC terminal on DOS, or hyperterminal on windows). Line editing is not supported, only the backspace key works.

Download source code and the HEX file here. The default modulation frequency is defined in the source: pwm_freq EQU d'36000' – adjust it as required. The default PWM duty cycle is 50%. 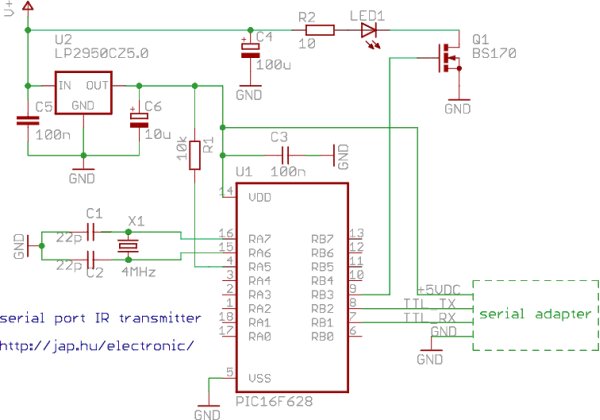 For more detail: Computer controlled infrared transmitter based on PIC

The MMA955xL platform as a sensor hub is an intelligent sensing hub with built-in accelerometer, signal conditioning, and data conversion...