This article describes how to build a smart digital dimmer. A dimmer is a common light switch that is used in houses, hotels and many other buildings. Older versions of dimmer switches were manual, and would typically incorporate a rotary switch (potentiometer) or buttons to control the light level. This article describes how to build a digital dimmer that has two ways of controlling light intensity; a smartphone and physical buttons. The two modes can work seamlessly together so that the user can increase or decrease luminosity from both a button and smart phone. The project is implemented using a SLG46620V CMIC, HC-06 Bluetooth module, push buttons and LEDs. 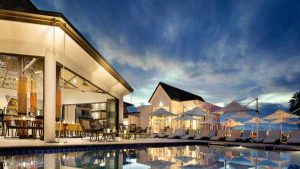 We are going to use the SLG46620V CMIC as it helps minimize discrete project components. GreenPAK IC’s are small and have multiuse components, which allows a designer to decrease components and to add new features. Additionally, the project cost is subsequently reduced.

The SLG46620V also contains a SPI connection interface, PWM blocks, FSM and a lot of useful additional blocks in one tiny chip. These components allow a user to build a practical smart dimmer which can be controlled via a Bluetooth device or wall buttons, support extended-time dimming, and the addition of selectable features without using a microcontroller or expensive components.

Smooth on-off transition for the light. This is healthier for a consumer’s eyes. It also gives a more luxurious feeling, which is appealing to hotels and other service industries.

Sleep mode feature. This will be an added value for this application. When the user activates this mode, light brightness decreases gradually in 10 minutes. This helps people who suffer from insomnia. It is also useful for kid’s bedrooms and retail shops (closing time).

The project interface has four push buttons, which are used as GreenPAK inputs:

The system will output a PWM signal, which will be passed to an external LED and sleep mode LED indicator.