The main reason I made this version is that I wanted to fit it in to the base of an Ikea Mylonit lamp. This lamp is made entirely from glass and has a small recess in the base with an entry for the power lead.  Since it had nowhere to fit a separate power connector but did have a slot for a power lead to pass in to the base, I needed to make a PCB with a DC power connector in the centre of the board.  At the same time I took the opportunity to tweak the circuit slightly and left out things it didn’t need. The changes are detailed below.  Please note that the original version on the main page is still perfectly okay and you may find the single sided PCB easier to make. 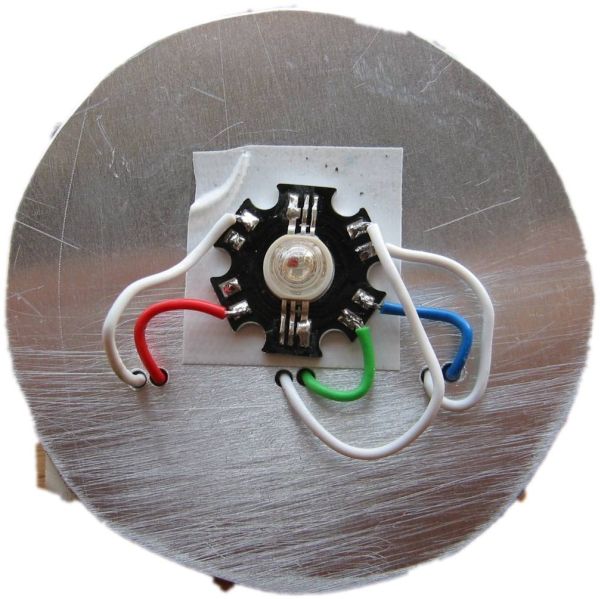 
The pad size for the three inductors is SM2512.  There are such a variety of inductors that could be used here with so many different footprints.  I’ve left some clear area around the pads to facilitate the use of various inductors but you should make sure that the ones you do use aren’t going to touch other areas of copper.  This may require some creative positioning of the inductors.

LED fireflies prototype hello all, heres an attempt i made at something like an LED throwie..the problem (for me) with...