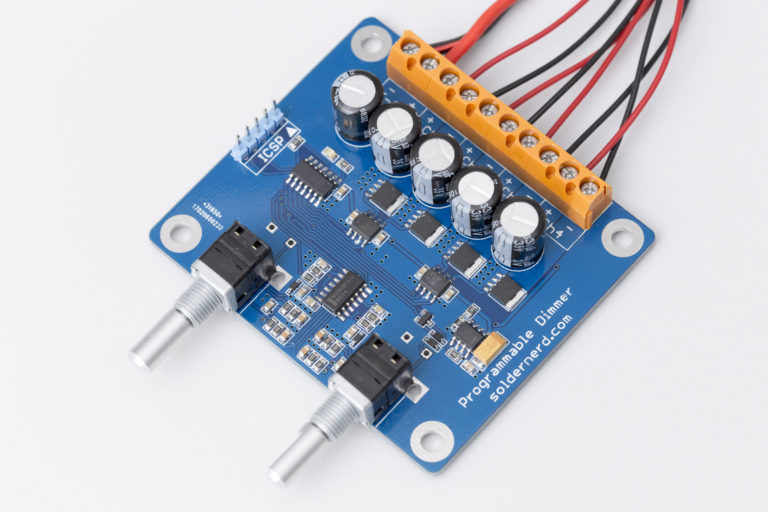 Around one and a half years ago I’ve designed and built various LED dimmers for both white and RGB LEDs.  Then late last year someone approached me asking if I could make an RGB dimmer for him, too. But my designs were really tailored to their specific applications and built with home-made, i.e. milled PCBs which are time-consuming to make. So I decided to make a more universal version based on a proper, etched board which could be built in a small series and used for all kind of applications, both white and RGB. The result is this versatile, programmable 4-channel dimmer.

I’ve just uploaded a short video showing this device in action. Here’s the link: https://www.youtube.com/watch?v=ehZybd3Y2kc. This is only my second video so don’t expect miracles but I’d be interested to hear if you would like to see more videos in the future or if you prefer the traditional text and photos format.

It now operates from any voltage in the range of 6 to 26 volts as opposed to 12V only. In order to accomodate such a wide range of inupt voltages the regulated logic level voltage of 5V rather than the inupt voltage is now used to drive the mosfets.

This post shows how to interface PIC12F1822 microcontroller with ST7735 SPI TFT display using CCS PIC C compiler. For this...