Now you have to wonder to advanced pic controller was quite popular among them PIC18F2550 USB pic18f2520 a good example on how to control the output with the MOC3042 opto triac driver output isolation is being provided and TIC236M… Electronics Projects, PIC18F2550 USB isolated Triac Control CCS C Visual Basic “ccs c examples, microchip projects, microcontroller projects, pic18f2550 projects, 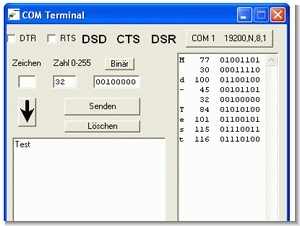 Source article with triac drive circuit used in the lamp up to 100W without cooling, heating and so on. As indicated loads can be controlled with a coolant 10A (2300W) also isolated driver circuit that can be used in the other controller output

As I said, the source could limp ccs c code circuit diagram of a control program has been prepared with the visual basic. Exe package and source codes given, etc. pic pc communication visual basic example would be to

COM terminal allows you to send and receive serial data on the serial interface of the PC RS232. Adjustable serial ports are COM1, COM2, COM3, COM4. All possible baud rates, parity, number of bits can be set. The serial port settings are saved in an ini file. For new start the terminal program, previous settings are effective.

Unlike other terminal programs: To send any-way 8-bit word by serial port. As input characters (A), the number (0 .. 255), or binary (00001111). -Received data will be output in three formats. -It is a condition of wires DSD, CTS, DSR displayed (black is 0, red is 1). Control lines DTR, RTS are switchable. -A range of characters can be transmitted, wherein the time between sending each character can be set in ms. 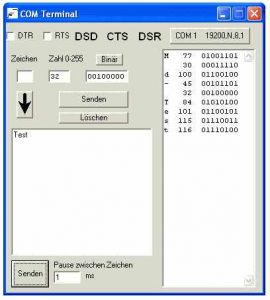 Than 8 switch outputs Port B of the PIC18F2550 is used. Power gets the circuit from the USB port. Power supply is separate from the microcontroller and the computer galvanically. switching signals USB socket intended as a virtual serial port COM4. To turn on the first load, send “E1” to turn off “A1” This can be done with any terminal program. Or even easier with a BAT file. ECHO E3> COM4 This turn of the third load.

If you use a triac to the heat sink, consumers can receive up to 10A (2300W). Without heat sink enables you to weigh up to 100 watts. E.G. a lamp. Note the heat sink under voltage (230V) is available. In addition, here is single-pole disconnection. That means current is switched off, voltage remains. Pull for repairs to the consumer mains.

Addendum. I’m reinventing the wheel completely stupid second time. When it accumulates give beautiful solid-state relay. E.G. S202 S02 (current to 8A with the heat sink) Resistance calculation for connection to 5V (5V-2, 2V) / 8mA = 350ohm Minus the mass. Plus over 330 ohm resistor to pin PBx.