This post provides the timer0 code for PIC12F675 microcontroller. This code is written in C language using MPLAB with HI-TECH C compiler. You can download this code from the ‘Downloads‘ section at the bottom of this page. 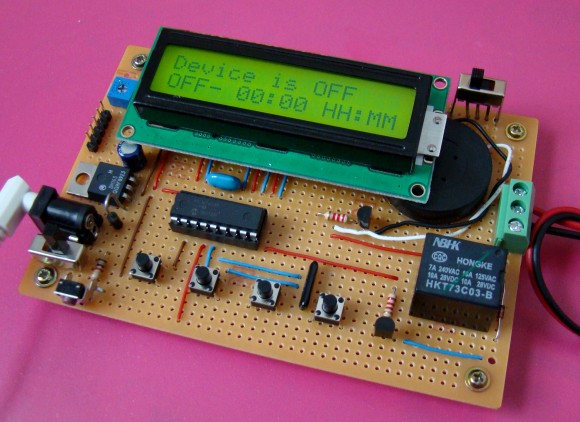 It is assumed that you know how to blink an LED with PIC12F675 microcontroller. If you don’t then please read this page first, before proceeding with this article.

The code used to initialize timer0 is shown below.

In this function, OPTION_REG is initialized to make timer0 prescalar to be 1:2. Timer0 is an 8bit timer, so it expires after reaching a value of 255. When timer0 prescalar is made 1:2 then it means that timer0 value will increment after every two clock cycles. Since PIC12F675 is running at 1MIPS[2] speed, this means that timer0 will expire after every 256*2 = 512 usec[3]. T0IE bit enables timer0 interrupts and GIE bit enables global interrupts.

Timer0 code for PIC12F675 was compiled in MPLAB v8.85 with HI-TECH C v9.83 compiler and simulation was made in Proteus v7.10. To download code and Proteus simulation click here.

The Module is based on The MCP2200, which is a USB-to-UART serial converter which enables USB connectivity in application that...