The Microchip PIC 16C84 was one of the first serial in-system programmable microcontroller. I saw PIC serial programmers published in Electronic magazines in 1993. Today, many PIC programmer circuits – for serial and parallel PC ports – are published on the Internet. 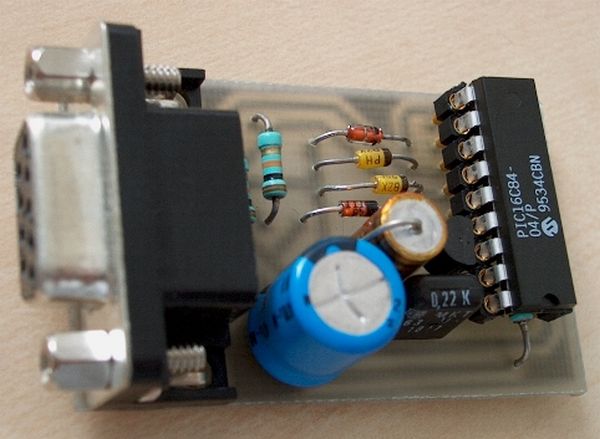 Despite its somewhat unusual design – like the 128 byte page RAM/Register direct/indirect memory mapping – it is a popular microcontroller, easily available and programmable now as flash microcontroller 16F84. The developer environment MPLAB from Microchip is free of charge and many application examples are available.

I prefer a serial programmer. It does not require an external power supply, it extracts power from the PC RS232 connection. The circuit below also works fine with laptop computers, despite their often too low RS232 voltages. The 9-pin female connector (CON1) connects directly to the PC serial output. It is not designed as a production programmer, so it lacks a ZIF-socket. Use an open IC-socket instead. The 1:1 PCB layout is available as PDF formatted file: pic16f84.pdf. 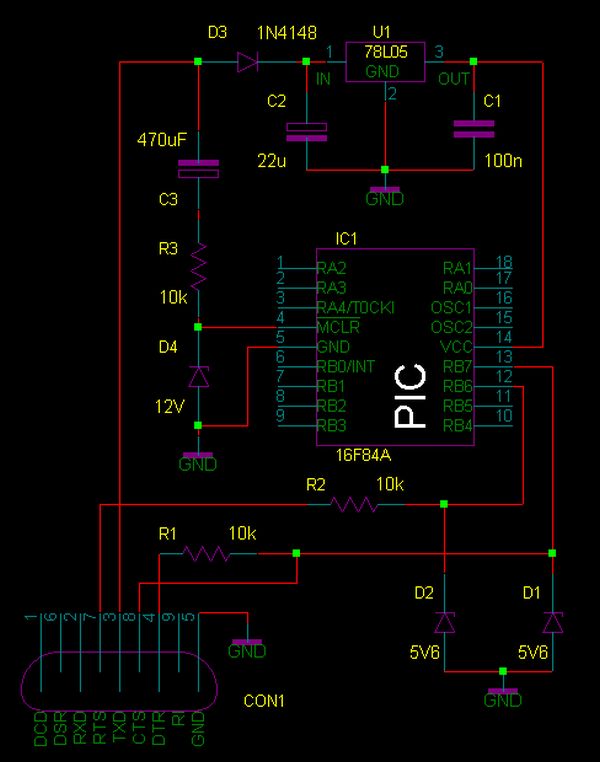 The PCB package I use locates the layout at the bottom of the page. View the PCB etching page to produce the PCB. Programming software and application examples could be found for example at the links of www.mikrocontroller.net,