By looking at the Precursor you may wonder “Are we not through with these phones yet?”, but who said this was a regular phone? Its deceiving looks hide an open hardware development platform for mobile communication and computation in a secure environment. Intrigued? 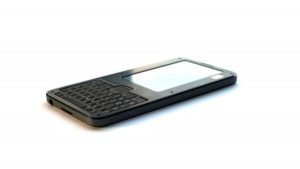 The Precursor is described by the developers as a device for everyday use that compromises nothing as a development platform. It is powered by an FPGA-hosted, soft-core System-on-Chip (SoC), giving the developers a lot of freedom when it comes to the customization of the platform, but it doesn’t end there. It was designed from the ground up with one main goal: security. It can be considered a strong starting point for your projects. The developers describe some interesting things you can apply with the platform: