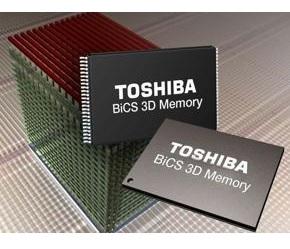 BiCS also enhances write/erase reliability endurance and boosts write speeds. The 256-Gbit (32-Gbyte) device can be used in a myriad of applications, including consumer solid-state drives, smart phones, tablets, memory cards, and enterprise SSDs for data centers.Since announcing the prototype BiCS flash technology in June 2007, Toshiba has continued development towards optimization for mass production. To meet further growth in the flash memory market in 2016 and beyond, Toshiba is proactively promoting migration to BiCS flash by rolling out a product portfolio that emphasizes large-capacity applications, such as solid-state drives. The company is preparing for mass production of BiCS flash in its new Fab2 facility at Yokkaichi, which is now under construction and will be completed in the first half of 2016.This application note compares the commonly-implemented power measurement test setups for TVAC with a new test method that uses TVAC-qualified LAN power sensors. The paper explains how this new test method provides a simplified test setup, and more accurate and reliable microwave power measurements for TVAC testing of satellite equipment

READ  WunderBar brings things to life and to internet
‹ Previous Next ›

How to display custom characters on LCD using PIC16F877

This post explains the idea of creating custom characters on any LCD ( e-g on 16x2 LCD ) which has...