It has been a while since we published electronic engineering projects here due to the busy schedule we had in the past weeks, and this time we’re up with another interesting project. Before going through the details of this one, you may as well check our latest electronics projects for engineering students.

GSM based device monitoring and control system are becoming popular these days. Here I am introducing a system that will make home appliances controlling using mobile phone possible from anywhere in the world. It’s a PIC microcontroller based system which connects with GSM module to receive SMS for the smart home control. The message is then processed by the microcontroller and output is given through PORTD of PIC microcontroller. All the devices are connected on PORTD through relay.
Also See: DTMF cell phone controlled home appliances 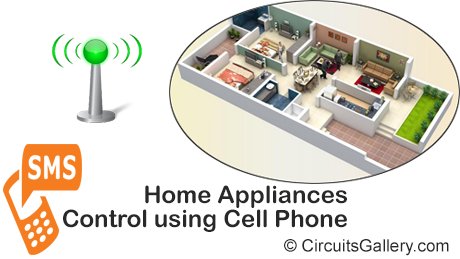 Working of the circuit

It has been a while since i posted my Tinker Rule which i made during college days. I received a...