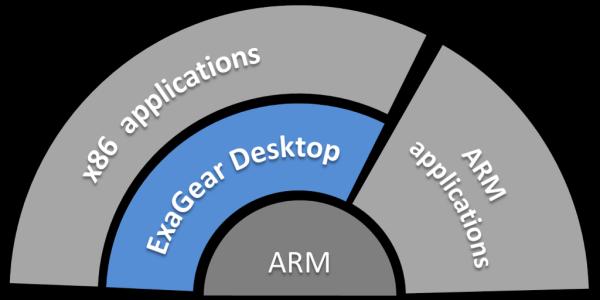 ExaGear is user friendly software with transparent operation so you don’t notice a difference between running x86 applications on x86-based or ARM-based platform. Use your favorite applications on ARM-based devices and overcome platform compatibility

To view details on how to check system requirements refer to Eltechs Tech Forum.

Also you can run 32-bit Windows applications if you install x86 Wine.

ExaGear is super scalable and does not impact parallelism of multi-threaded applications.

For benchmarking we used SysBench and GeoBenchmark.