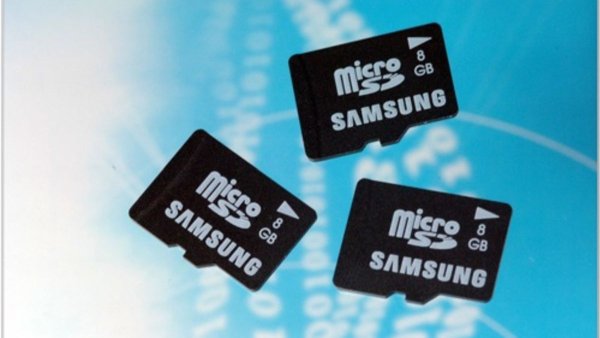 As known the SD card voltage is 3.3V and the PIC16F887 voltage is 5V, so AMS1117 3.3V is used to step down the 5V in order to supply our SD card with 3.3V. Also each digital output pin of the PIC16F887 MCU can be logic 0 (0V) or logic 1 (5V) and connecting the microcontroller output pins (CS , SDO and SCK) directly to the SD card may damage it, here a voltage divider is used to get about 3V from the 5V which is enough for the SD card. The voltage divider consists of 3.3K and 2.2 K resistors. The MISO is connected directly to the SDI pin of the microcontroller because it is the data output pin of the SD card which is normally does not exceed 3.3V.
I used just one wire (RD2) to transmit data from the microcontroller to the PC (there is no need for the MCU to receive data so the receiving wire is not connected).
The chip select pin of the SD card is connected to pin RD3 (the SD card chip select pin is active low).
In this project the PIC16F887 MCU uses its internal oscillator and MCLR pin function is disabled.
Read text files from FAT16 SD card with PIC16F887 C code:
The C code below was tested with CCS C compiler version 5.051.
SD card driver and FAT16 library for CCS must be added to the project, just by putting the two source codes in the project folder or the CCS driver folder.
In this example I used the hardware SPI module of the PIC16F887, software SPI also works but the hardware one is much faster.
I named the text file “mytext” (basically it is mytext.txt) but in the CCS C code we’ve to add the extension of the file which becomes “mytext.txt”.
I used a read buffer of 10 bytes ( file_data[10] ), so the microcontroller reads the text file 10 bytes by 10 bytes, it reads 10 bytes and send it to the PC via RS232 then the second 10 bytes and so on until the function fat16_read_data(10, file_data) returns 1 which means we’re at the end of the file.
The functions used in the C code are: 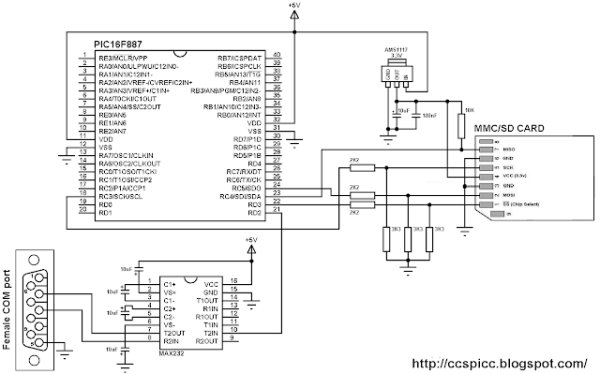 fat16_init(): initializes the SD card and the FAT16 file system, return 0 if OK and 1 if error.
fat16_open_file(txt): opens file with predefined name.

By Geoff Tate, CEO of Flex Logix, Inc. Whether you are designing an SoC, MCU or other chip, the one...