Push Button as Input and Led as Output with Pic Microcontroller


This is a simple tutorial/project on how to interface a transistor (2n2222), led and push button with Pic microcontroller. In the project i am going to switch on and off(blink) an led with the help of a push button. Since transistors are used at outputs we can drive heavy loads with the same circuit. Pic16f877 microcontroller is used in the project. Port-B of Pic16f877 is used as output port. Port-B of pic16f877 is an 8-bit port. 8 transistors are connected to the General purpose input/output pins (gpio’s) of this port. Transistors bases are connected directly to the pins of port-b. Led’s are connected to emitter side of transistor in series to a 560 ohm resistor. Collector side of each transistor is supplied an external 5 volt signal. 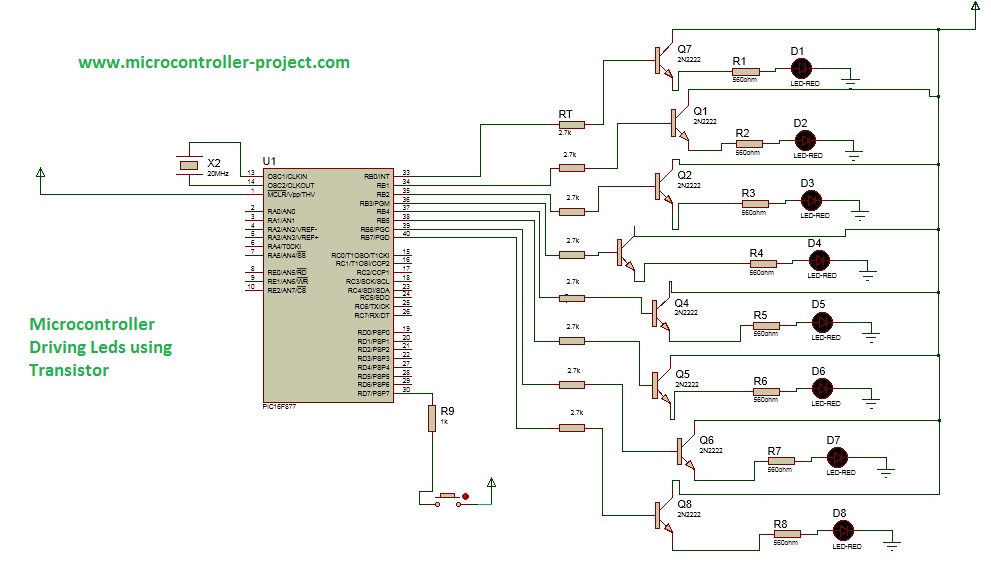 _XTAL_FREQ 20e6 statement is specifying the crystal frequency that is attached to the microcontroller. I am Using 20 Mhz external crystal with the controller so i specified 20e6(Equivalent to 20e6=20,000,000).

for more detail: Push Button as Input and Led as Output with Pic Microcontroller
Share this: