How to Program a PIC Microcontroller to Build a Project

The PIC is a family of the microcontroller, which is manufactured by the different companies such as NXP, microchip, etc. The PIC stands for “peripheral interface controller”, which contains memories, timers/counters, serial communication, interrupts and ADC converters built into a single integrated chip.

The LEDs flashlight  uses a set of light emitting diodes, and these are advanced to the traditional incandescent lights which consumes more energy and have very less life time. The LED lights on the other hand, consume less energy and have longer life.

Basic Idea of this Project Behind the Design: 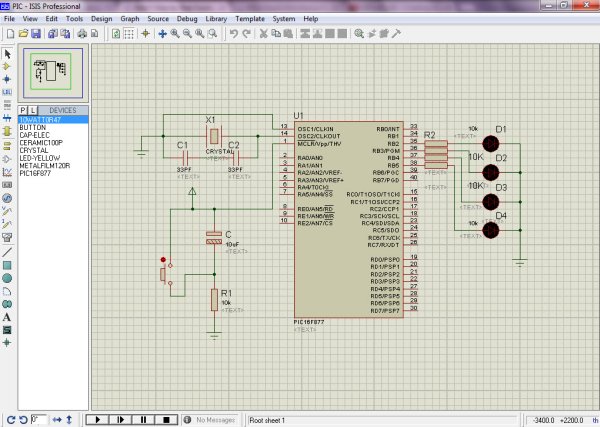 This circuit is designed with the help of Proteus software. The Proteus is a circuit designing software that contains a database of components, which we can use to build the circuit. Each and every component is available in the component library.

For more detail: How to Program a PIC Microcontroller to Build a Project

Interfacing with UART of PIC microcontroller