Skip to content
Hello friends, hope you all are fine and enjoying good health. Today I am posting the next part of Proteus tutorial which is Interfacing of LCD with PIC Microcontroller. . In the previous post of this tutorial, we have seen the basics of Proteus and discussed various functions of Proteus ISIS. If you are new to Proteus then I would recommend that before starting this tutorial, you should first read the first part so that you get the better idea of Proteus as I wont go in detail in today’s post. Today, we will first design a circuit of LCD with PIC on Proteus ISIS which includes PIC Microcontroller and then we will see how to burn the microcontroller in Proteus and at the end we will run our circuit and will display some text on the LCD. It will be quite a fun so let’s start. 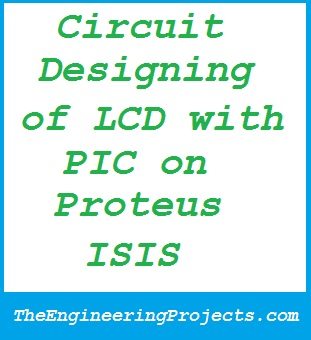 If anyone having any problem at any point, ask in comments and I will try my best to resolve them. So, let’s get started with Interfacing of LCD with PIC Microcontroller. 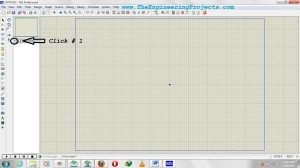 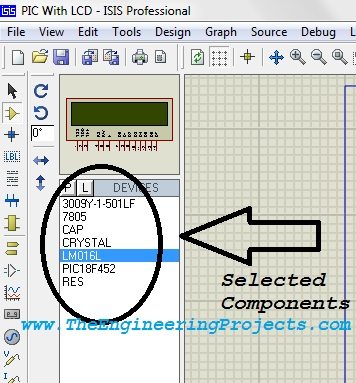 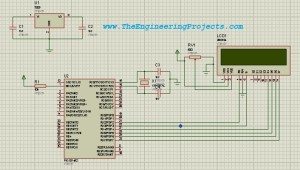 Burn the Code in PIC Microcontroller in Proteus ISIS 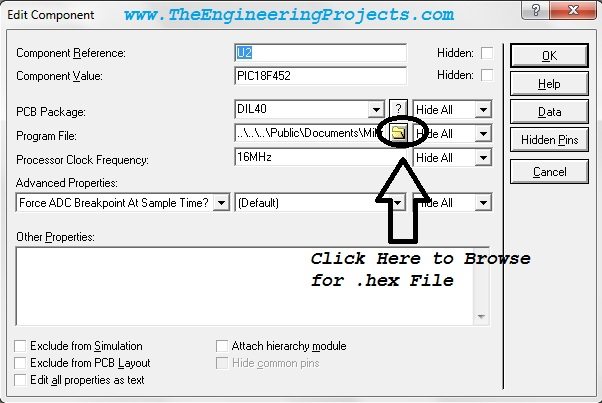 Note: Make sure that the oscillation frequency remain same both in the MikroC and the Proteus. 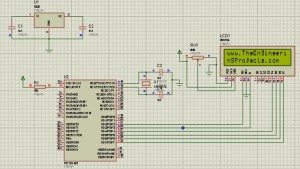 That’s all for today, I have tried my best to explain everything on Interfacing of LCD with PIC Microcontroller, but still if someone having problem ask in comments and I will try to resolve. In the next part, we will discuss various components of Proteus which are commonly used like motors, serial port, hyper terminal etc. So stay tuned and also subscribe us via email so that you get all the tutorials straight into your mail box. Have fun. Take care.