Building the PIC16F84 based game system


This text describes how to build my PIC16F84 based game system, before you start you should read through the whole text one time. Note that many components are sensitive to too much heat and will get damaged if you heat them too much when soldering. The drawn placement images show components to mount in each step in black and the components mounted in previous steps in gray.
When soldering the components onto the PCB it is easier if you can put the PCB with the components side flat down, so you should solder components of the same height at the same time. To be able to add components of different height you’ll need to start with the lowest first and build your way up. 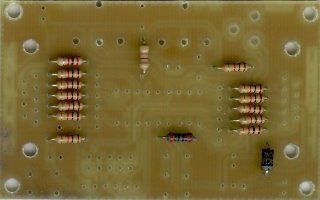 Resistors
The first thing to mount when adding components to a single sided PCB is the wire bridges because they are the lowest “components”, but this board doesn’t have any wire bridges so we can start with the resistors.
Add the 15 resistors (11 x 1k, 1 x 470, 1 x 2k7, 1 x 10k, 1 x 220) and the diode. Note that the diode is polarized and should be mounted with the cathode (marked with a line) closest to the edge of the PCB.

Location of the 15 resistors and the diode. (Click to enlarge)

Socket and SIL resistor networks.
The next step is to add the 18pin socket, the two 100nF capacitors (if they are of the same height as the sockets), the reset switch, the 1k potentiometer and the two 5x100k resistor networks. 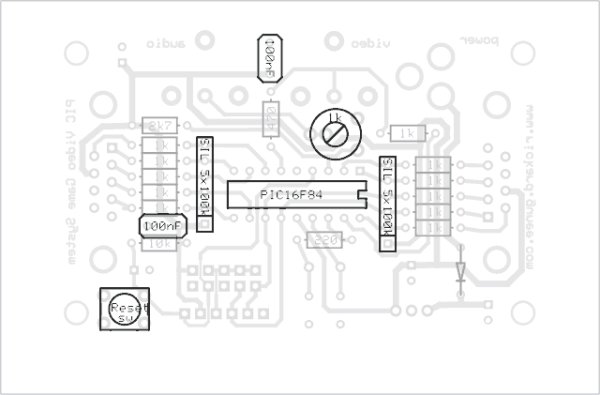 Note that the resistor networks are polarized with their common pin marked with a dot or a line that should point at the same direction as the diode as seen in the pictures here to the right.
Low capacitors
The two 22pF, the two 3.3uF capacitors and the 6 pin angled programming header should be mounted next. The 3.3uF capacitors are polarized and should have their minus-side mounted closest to the edge of the board.

For more detail: Building the PIC16F84 based game system

LUX Meter project has been design to measure the illumination.  Illumination is luminous flux falling on surface area of photo...