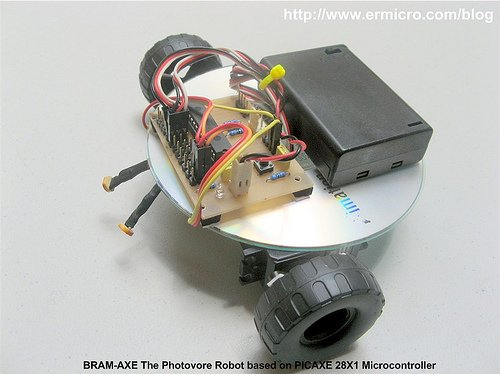 One of the most frustrating parts when building your first microcontroller based robot is to program it and to download it into the microcontroller flash ram. On this tutorial this kind of “trouble maker” is being reduced as we will use the PICAXE programming editor from the Revolution Education Ltd (http://www.rev-ed.co.uk/picaxe) as our Integrated Development Environment (IDE) to program our robot brain using the BASIC (Beginners All Purpose Symbolic Instruction Code) language and to download the program into the PICAXE 28X1 microcontroller.

You could read more information about the PICAXE microcontroller on my previous posted blog “Introduction to the Embedded system with PICAXE Microcontroller“.

On this tutorial I will refer this photovore robot as the BRAM-AXE as this is a simplify version of the more advanced version of its big brother BRAM (Beginners Robot Autonomous Mobile) which you could read more information about it on my previous posted blog “Building BRAM your first Autonomous Mobile Robot using Microchip PIC Microcontroller – Part 1” and “Behavior Based Artificial Intelligent Mobile Robot with Sharp GP2D120 Distance Measuring Sensor – BRAM Part 2“. 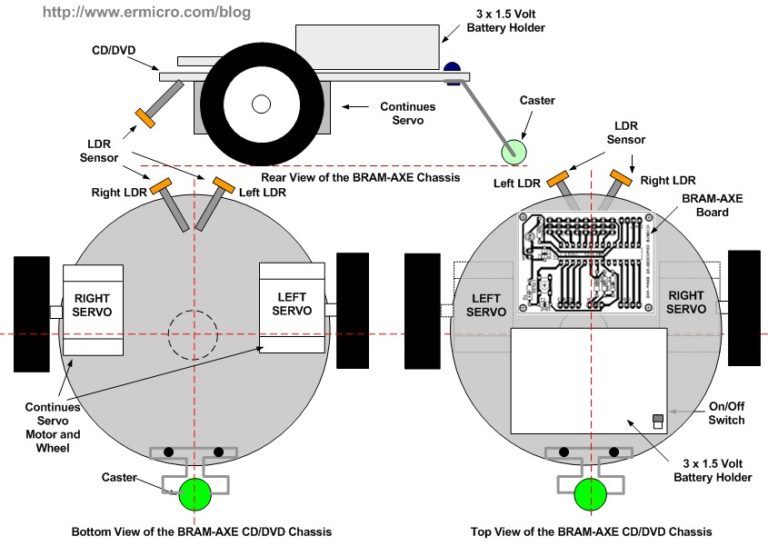 For more detail: Build Your Own Simple and Easy PICAXE Microcontroller Based Photovore Robot