There has not been a simple addressable LED library for PIC32 microcontrollers until now! The PICxel library is an MPIDE library that handles the timing required to use addressable LEDs (WS2812, WS2811) or more commonly known as Adafruit Neopixels. Going through through a couple steps will allow your to get started with the PICxel library. 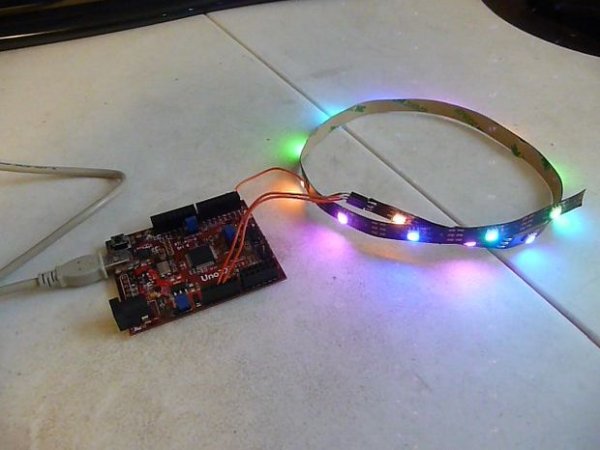 What you will need:

What this will cover:

WARNING – I am not responsible for damage caused to your LEDs by not heeding the following warnings!

Step 1: Get and Install MPIDE 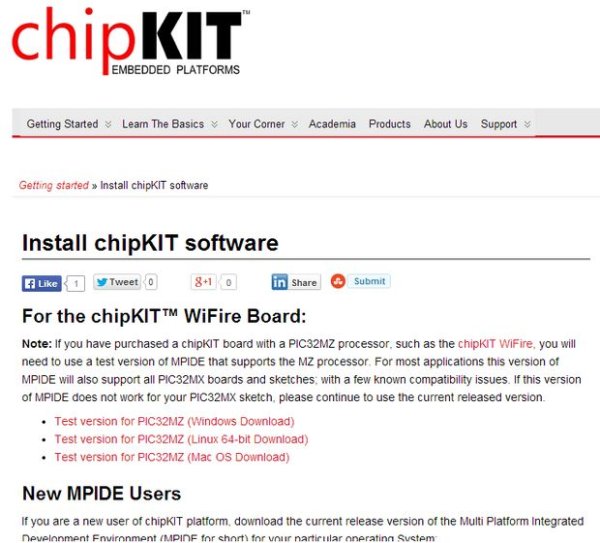 Further details on installing and using MPIDE can be found here.

Step 2: Get PICxel Library and Install Into MPIDE 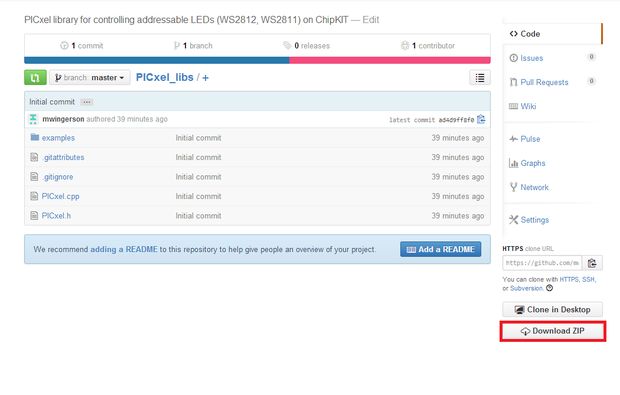 The the PICxel library is available on Github. Downloading it is very simple.

Now that the PICxel library is added to MPIDE we can run the demo and start having fun!

Once again, the demo in its current state is set to use less than full brightness. This is safe for 15 LEDs but for anymore then please consult the Adafruit NeoPixel Uberguide or build and use one of these: https://www.instructables.com/id/ChipKIT-Proto-Shie…

The order of which the LEDs are connected is important to reduce the chance of damaging the LEDs.

Step 5: Setup and Upload the Demo to the ChipKIT 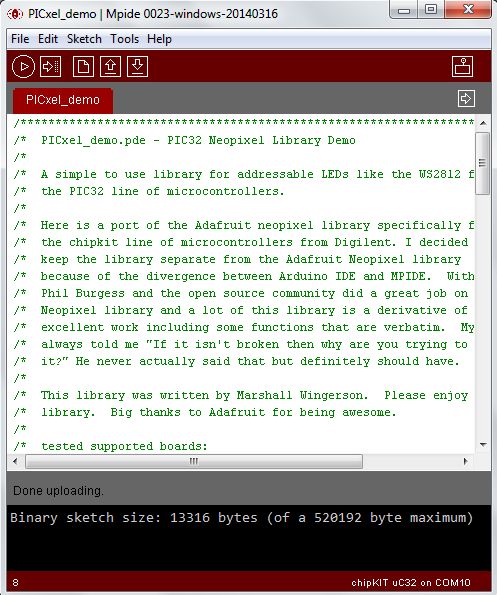 We need to setup MPIDE so that it knows which chipKIT board and what serial port it is on to program the microcontroller correctly.

Thanks for checking out my project.

I will be updating the PICxel library soon with added features.