A Beginner’s Guide to Mictrocontrollers 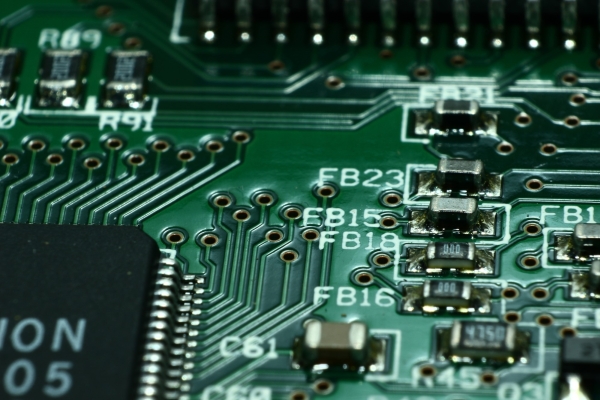 Microcontrollers are responsible for running most electronics today. They’re tiny enough fit in most objects, and they’re capable of interpreting data and converting it into an action.

Read on to learn about what microcontrollers are and how they work.

Microcontrollers are similar to computers in that they are capable of doing tasks. However, unlike a computer that is able to handle a variety of tasks, a microcontroller specializes in doing one task.

How Does a Microcontroller Work?

Microcontrollers have several parts that are used to compute tasks. They have processors to perform tasks and RAM to store information, just like computers. They can also have sensors and/or relays to communicate with them.

While they can be compared to computers, microcontrollers are very small. They’re so small that they’re used in smartphones and other small electronics. They’re also able to withstand extreme temperatures, which is one reason why they’re used in a lot of products.

ROM is a type of memory that lets a microcontroller understand what commands are being used. For example, the ROM will understand which button changes the channel on your remote and what should be displayed after clicking it.

Rather than using a mouse and keyboard as you would with a computer, a microcontroller can be used in a variety of ways. You can use things like LEDs, switches, and sensors that measure light levels, humidity, etc.

Most microcontrollers will have a motherboard with several pins that you can use to hook up various input and output devices. After all, microcontrollers are designed to work with other machines.

Microcontrollers can do many things like measure the temperature with a sensor and turn on the heater or air conditioner.

Because of the ability to attach sensors and other things like this, microcontrollers can perform actions for a variety of needs. If you have an overflowing washing machine, a microcontroller can detect that and prompt the machine to lower water levels.

Microcontrollers can also be used for things like gambling. During a match of electronic poker, a microcontroller can give signals for raises, calls, folds, etc.

When it comes to sports betting, the microcontroller will handle your picks and bets. You can see more picks to decide what’s the best choice for you, and depending on the setup, it could read back to you your odds and other useful information.

Why Microcontrollers Are Important

As technology is evolving, we’re learning how to make electronics smaller than they’ve ever been. Take a look at modern cell phones and laptops. Today’s microcontrollers take up a lot of space for something that’s underwhelming in power.

As technology evolves, microcontrollers will get smaller and be able to do more tasks. We’re also learning how to create them out of new materials like plastic.

Why You Would Need One

While your average person wouldn’t need a microcontroller, you should start thinking about them if you’d like to enter into business. If you enter into a business that revolves around electronics, you’ll be surrounded by microcontrollers.

Cell phone developers, car manufacturers, and computer manufacturers all need to pay attention to what kind of microcontrollers they’re using because there are different ones for different uses.

Because some microcontrollers are designed to take on more devices, you’ll have to ensure that you get one that will suit your needs. For example, one microcontroller might be great for televisions but not for a cell phone.

Invest in the Future

When you start to invest in microcontrollers, you’re investing in the future of technology. They’re just as important as other parts of computers and gadgets, but they’re just now becoming more popular with those outside of the computer community.

Using a microcontroller can allow you to create a product the exact way you want it while giving it a special touch that makes it seem more appealing. The possibilities are endless with microcontrollers, so you should start investing in them.

If you own a business or like to mess with technology, pick up a few microcontrollers for your next projects. You can use them for entertainment devices, betting systems, and more.

Feel free to browse our tutorials to learn everything you need to know about microprocessors. We have pictures and easy instructions in our tutorials to ensure that you’re not missing out on any information.

If you found this article helpful, be sure to share it on social media.