I obtained an early vintage Radiodetection® RD400 “LLTS” Precision Line Trace unit for a very low price through eBay. The RD400 is the receiver portion of a transmitter/receiver pair that comprise an underground cable locator system. Because the matching transmitter was not available (hence the low price,) I had to design one that matched the two audio frequencies detected by the receiver. 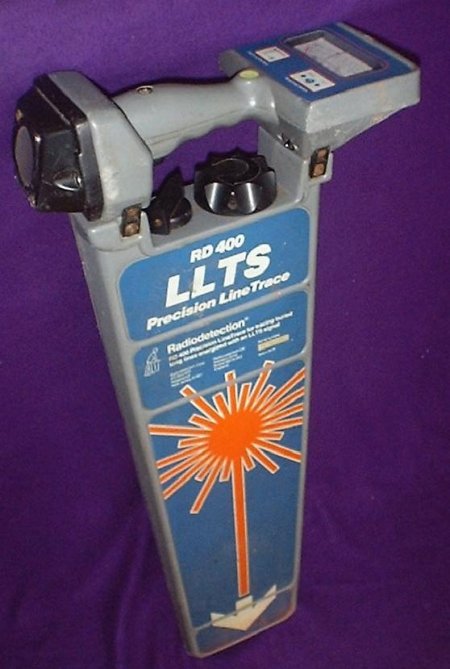 “LLTS” means Long Line Tracing System. Used with original transmitter, this unit was said to be capable of tracing signals in cables up to 45 miles. One of the most useful home-based applications of an underground locator is for locating breaks in the perimeter cable of underground dog fences!

This transmitter is a simple design. The only control is a three-position rotary switch or center-off DPDT toggle switch. The transmitter is housed in a case that contains the 120VAC power cable, test cables, ground rod, and current clamp (not shown.)