Stanford University researchers claim to have created the first stable pure lithium anode in a working battery by using carbon nanospheres as a protective sheath to guard against degradation. As a result, the researchers predict that commercial developments may eventually result in anything up to a tripling of battery life in the not-too-distant future.

At a basic level, a battery is composed of three main elements: the anode (the positive terminal), the cathode (the negative terminal), and the electrolyte (a solid or liquid chemical that stores electrical energy) which fills the battery between these two terminals. In ordinary Lithium-ion batteries, it is an all too common problem that the lithium in the battery can crystallize into dendrites – microscopic fibers that expand into the electrolyte, and can eventually short-circuit the battery, significantly reduce battery life or, worse, causing the battery to catch fire. 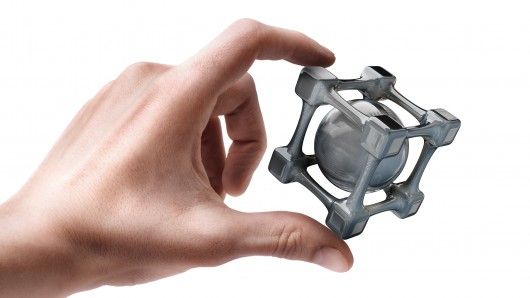 However, lithium is also one of the most conductive and efficient metals to use as a battery anode and for many years scientists and other researchers have been trying to find a way to utilize this metal while avoiding the problems inherent in its use. This is where the Stanford team’s carbon nanospheres have been put to good use; by coating the lithium so that it does not degrade within the electrolyte, the reserachers claim to be able to use lithium as a battery anode for the very first time.

“Lithium has major challenges that have made its use in anodes difficult,” said Guangyuan Zheng, a doctoral candidate in Stanford’s Materials and Engineering lab. “Many engineers had given up the search, but we found a way to protect the lithium from the problems that have plagued it for so long.”

Using a pliable, uniform, inert film of amorphous carbon nanospheres specifically created to protect the lithium from reacting chemically with the battery electrolyte (that was strong enough and adequately flexible during charging cycles) was the most challenging aspect for the research team. The resulting layer of carbon nanospheres is just 20 nanometers thick; 5,000 layers of which – if laid one on top of the other – would be just sufficient to equal the width of a single human hair.

A non invasive current sensor is connected to the spark core (with a few components), and clamped around a cable...