SOLIDRUN HUMMINGBOARD SBC GETS A BOOST OF CAN AND SERIAL PORTS 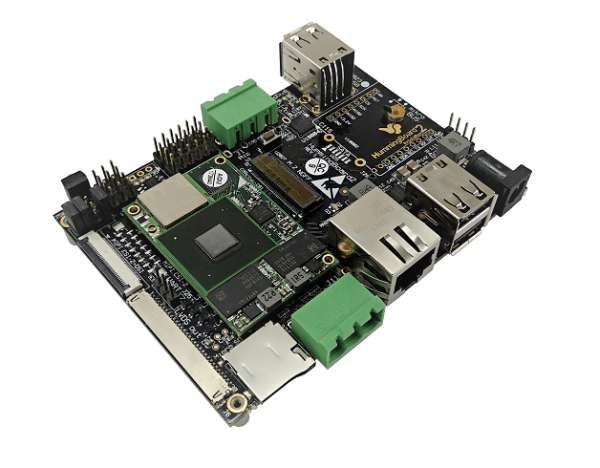 The new HummingBoard CBi is a robust embedded industrial SBC with CAN bus & RS485 connectors, and it’s tailor-made for industrial applications. It is a spin-off of its earlier HummingBoard Edge SBC and it swaps out the HDMI port with a more industrial-proof MIPI-DSI in a sandwich-style board. It also comes with a generic metal enclosure for housing the new SBC.

Just like it’s predecessor, the HummingBoard CBi SBC runs Linux using the same MicroSOM modules on NXP i.MX6with an option for dual or quad-core 1.2GHz Cortex-A9 Cores. Additional, the device enclosure can support temperature range between -40 to 85°C making it ideal for the industrial environment. Regarding OS, it supports different Linux builds from Debian, Yocto Project, BuildRoot, to OpenWrt stacks, and possibly other similar builds.

As expected the Quad Core version costs higher than the Dual Core version. Prices are, $255 for the quad-core modelwith 2GB RAM and $189 for the dual-core model with 1GB RAM.

Like the Edge, the CBi offers similar features if not the same set of features. It provides 4x USB 2.0 ports, 8GB eMMC,  a microSD slot, a WiFi/Bluetooth module, a mini-PCIe slot with SIM slot, as well as a storage-ready M.2 slot. Other features include LVDS, MIPI-DSI, and MIPI-CSI interfaces, as well as an RTC and a wide power input range 7-36V.

The significant difference with the Edge is the addition of CAN and RS485 ports via terminal connectors, an increase in RAM and a configurable push button and LEDs.

Read more: SOLIDRUN HUMMINGBOARD SBC GETS A BOOST OF CAN AND SERIAL PORTS