Environmental energy harvesting is a possible source of power for Internet of Things (IoT) sensor nodes but needs careful management. Unless harvesters based on solar or thermal technology, for example, are designed to be compatible with conventional circuits, DC/DC converters need to be optimized for low-voltage i 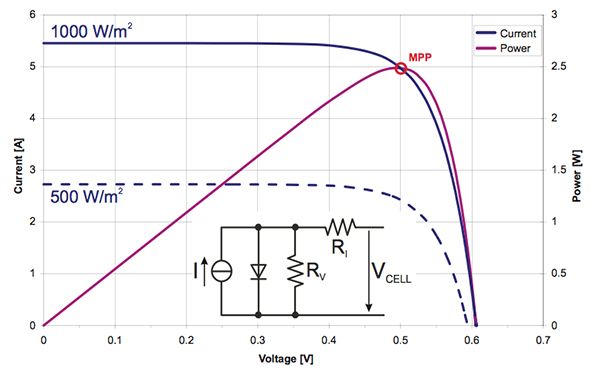 Sensor nodes for the Internet of Things often need to placed well away from a reliable power source but operate for many years. Although long storage-life batteries provide one option for powering these devices, an increasingly viable alternative is the use of environmental energy harvesting, using sources such as light, vibration and temperature differentials.

The key issue with energy-harvesting designs is that the source of power is often highly variable as well as unpredictable. For the electronics to function, the power provided by the harvesting elements needs to be regulated using one or more power conversion stages.

In most cases, the peak energy available for harvesting does not coincide with the peak demand of the system, which will entail storing excess energy within the system, using a component such as a supercapacitor, so that it is ready to be applied when needed. Typically, harvesting will allow the system to accumulate energy over a long period of time, during which most of the system itself will be asleep to cut its power demand. When the system wakes up to take readings and send recorded data over a network, it taps into this reservoir of accumulated energy.

While the system is sleeping, the power consumption of this section needs to be kept as low as possible to avoid wasting precious energy. This represents a stringent demand not just on the quiescent current of the DC/DC converter used to supply the processing electronics, but also on its ability to supply power as the processor and associated circuitry wakes up.

READ  Sit.Up – alerts the user if sitting to long

The design of the DC/DC converter faces a further challenge. The harvested energy is normally in a form that is difficult to use. Although piezoelectric and electrostatic harvesters typically operate at a relatively high voltage, the voltages generated by most energy-capture technologies are significantly below 1 V. For example, small photovoltaic cells may operate with voltages below 0.5 V. To be able to deal with such low voltages, the DC/DC converter needs to offer the ability to not just provide step-up regulation but start up from voltages that are significantly below those encountered by mainstream designs aimed at battery-powered systems.

A further consideration is that of maximum power point (MPP) tracking. Typically, the cells in a photovoltaic module will generate a high voltage when generating very little power. As light levels rise, the voltage will drop slightly, but current will increase dramatically until it approaches its peak level. Temperature also plays a role. As the module heats up, the output voltage of the module will fall, which will reduce its overall energy output. As a result, even during periods of intense sunlight when they should be at peak efficiency, photovoltaics can suffer from significant drops in conversion efficiency if the electronic circuitry does not compensate for this.

When we talk about controlling the robot, the first thing comes into the mind is controlling DC motors. Interfacing DC...