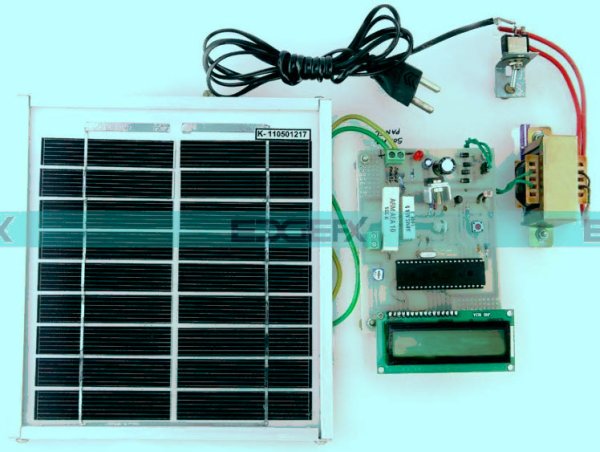 These microcontrollers are used in many applications like audio accessories, smart phones, video gaming devices, advanced medical devices, etc. You can get an idea about the list of top PIC microcontroller projects for engineering students by reading the below conceptual information.

The main objective of this project is to measure the solar cell parameters through multiple sensor data acquisition.

The power supply consists of a step-down transformer 230/12V, that steps down the voltage to 12V AC. This AC voltage  is converted to DC using a bridge rectifier, ripples are removed using a Capacitive filter and then it is regulated to +5V using a voltage regulator, which is required for the operation of the microcontroller and other circuits.

This project uses a solar panel, that keeps monitoring the sunlight. In this project, various parameters of the solar panel like current, voltage, temperature or light intensity are monitored using a PIC microcontroller of the family PIC16F8.

The main goal of this project is to detect a vehicle movement on highwaysand switch ON only a bunch of street lights ahead of it, and then to switch off the lights when the vehicle passes away from the lights to conserve energy. During the night time, all the lights on the highway remain ON for the vehicles, but lots of energy is wasted when there is no vehicle movement.

This project gives a solution that helps conserve energy which is achieved by using sensors that sense an approaching vehicle on the highways, and then prompt a bunch of street lights ahead of the vehicle to switch on. As the vehicle passes by the street lights, the system automatically switches off the lights.

Presently, HID lamps are used in urban street lsystems; HID lamps work on the principle of gas discharge. Thus, the intensity is not controllable by any voltage reduction. In future, white LED based lamps will be replaced by HID lamps in the street lighting systems. Light intensity is also possible by PWM (pulse width modulation) which is generated by the PIC microcontroller.

Sensors that sense vehicles’ movement are placed on either side of the road to send signals to the microcontroller so as to switch on/off the LEDs. Thus, this project helps to conserve a lot of energy. Furthermore, this project can be developed by using suitable sensors not only to detect the failed street lights on the highway, but also to send SMSs to the control department through a GSM modem for corrective action.

This project is used to control the auto intensity of the street lights using  PIC microcontroller. This proposed system uses light emitting diodes in place of HID lamps in the street lighting system to conserve energy. PIC microcontroller is used to control the intensity of light by developing PWM signals that drives a MOSFET to switch the LEDs accordingly to the desired operation. The intensity of street lights is kept high during the peak hours; as the traffic on the roads tend to decrease slowly in the late night hours, the intensity also decreases gradually until morning. Finally, it completely shuts down at morning 6 and again resumes at 6pm in the evening. Furthermore, this project can be developed by integrating it with the solar panel, which helps convert the solar intensity into corresponding energy which is used to feed the highway lights. 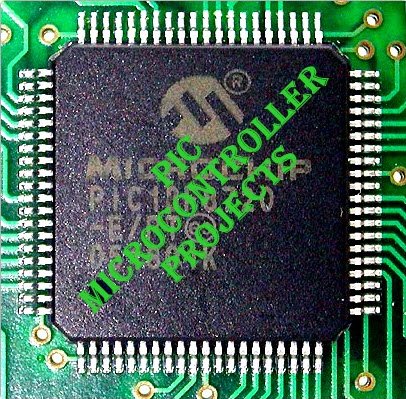 The main intention of this project is to develop a density based traffic signal system. This project uses a PIC microcontroller, which is interfaced duly with the sensors. Automatically, these sensors changes the timing of junction to accommodate movement of vehicles so as to avoid the unnecessary waiting time for the vehicles at the junction.

OscilloPhone: Use your Smartphone as an Oscilloscope / Signal Generator

Oscilloscopes and Signal Generators are two essential electronics devices to create and test electronic circuits. Unfortunately, these devices are very...