As if smartphones can’t already do enough, soon they may be able to scan three-dimensional objects and send the resultant high-resolution 3D images to a 3D printer that produces hyper-accurate replicas. 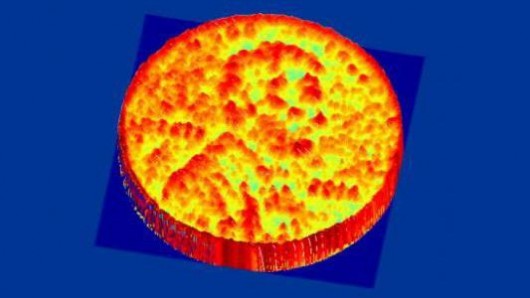 This comes thanks to a small and inexpensive device called a nanophotonic coherent imager (NCI), which was developed by scientists at Caltech. The NCI could add 3D imaging to a variety of other devices and applications such as improving motion sensitivity in human machine interfaces and driverless cars.

Unlike in conventional cameras, the NCI chip determines both the appearance and distance at each pixel of the part of a scene or object that it represents. The NCI uses an array of tiny LIDARs (scanning laser beams) to gather this information about an object’s size and distance away, with an optical concept called coherence (wherein waves of the same frequency align perfectly) exploited to make high-resolution images possible.

The coherent laser light from the NCI acts as a kind of ruler, measuring the precise distance of each point from the camera so that they can be mapped onto a 3D image of the scene.

They act only ones – right then, when it´s really necessary