While both low-power sensors and wireless networking are now ubiquitous, there are still relatively few examples on the market of low-power wireless sensor networks.

This is not for lack of interest – wireless sensors promise to cut installation costs dramatically, and provide access to data previously impossible or prohibitively expensive to obtain.

With such strong cost motivation, why have wireless sensor networks (WSNs) not come to dominate the market?

Data collection applications typically involve large numbers of sense points forwarding data to a central host that may respond with a process set-point or other configuration changes. There are several technologies competing to fill this role, including satellite, cellular, Wi-Fi, and IEEE 802.15.4-based solutions.
Satellite and cellular have the highest energy cost per packet, and are generally unsuitable for battery powered applications.

These solutions make sense only for applications sending at a very low data rate (e.g., one data packet per day) with known good connectivity.
Wi-Fi (IEEE 802.11b, g) sensors are now widely available. The energy cost for a Wi-Fi packet is much lower than cellular, but still high for battery powered operation. 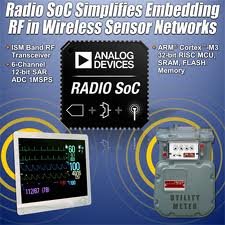 Connectivity and coverage remain important concerns, as the density of access points necessary for reliable communication with a fixed sensor is typically high.

With the 802.15.4 standard, sending a few bytes of sensor data, with routing, cryptography, and other headers uses under 30µC of charge, including receiving a secure link-layer acknowledgement.

Reliability is a concern with wireless systems. The wireless channel is unreliable in nature, and a number of phenomena can prevent a transmitted packet from reaching a receiver – these can be exacerbated as radio power decreases.


Interference occurs when multiple transmitters send at the same time and frequency. This is particularly problematic if they cannot hear each other (the “hidden terminal problem”). Backoff, retransmission, and acknowledgement mechanisms are required to resolve collisions. Interference can come from within the network, another similar network operating in the same radio space, or from a different radio technology operating in-band—a common occurrence in the band shared by Wi-Fi, Bluetooth and 802.15.4.

A second highly varying phenomenon called multipath fading can prevent successful transmission even when the line-of-sight link margin is expected to be sufficient.

Description   The LMH6882 is a high-speed, high-performance programmable differential amplifier. With a bandwidth of 2.4 GHz and high linearity...