iBase, an industry leader in embedded solutions and services has now unveiled a new SBC that targets the ARM market. The new SBCs (Single Board Computer) launch will make a new shift for iBase from its traditional Intel-based SBC such as their recent Apollo Lake driven IB818. These new set of SBCs are called the Pico-ITX and are powered by NXP i.MX6 SoC. 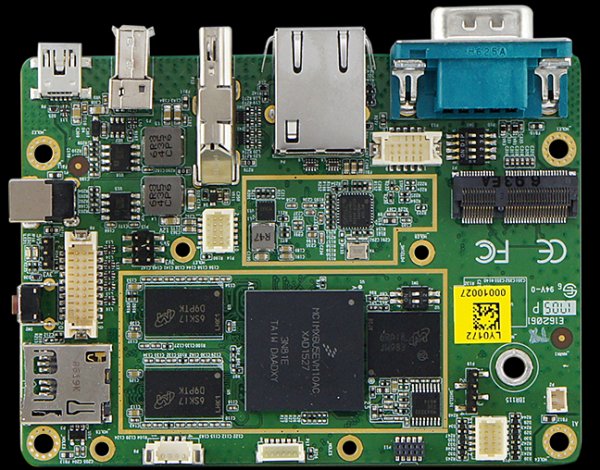 iBase launches the 2.5-inch Pico-ITX (IBR115) and 3.5-inch (IBR117) SBCs that both run Linux  (ships with BSPs for Yocto Project 2.0) or Android and provides GPIO support just like other SBCs. At the core of the boards is the NXP i.MX 6 SoC. The i.MX 6 series of applications processors offer performance and scalable multicore platform including the single, dual, and quad-core families based on the Arm® Cortex® architecture. The IBR115 is powered by the NXP Cortex™-A9, i.MX 6 Dual-Lite 1GHz processor and the IBR117 is powered by the slightly higher NXP Cortex™-A9, i.MX 6 Dual 1GHz processor. The difference is very minimal though.

The two products offer similarly identical features. They both provide display interface support like HDMI and LVDS, 1GB of DDR3 RAM, 4GB eMMC, a mini-USB OTG port, a USB 2.0 host port, USB headers, a GbE port, plus an optional WiFi/Bluetooth module that plugs into an M.2 E-Key (2230) slot, and SD slot. The IBR117 supplies a full-sized SD slot instead of the microSD slot on the IBR115, a dual LVDS interface as compared to the single LVDS interface on the IBR115.

READ  PIC18 Development Board with Ethernet and USB

The SBCs do not lack in the GPIO department either. The IBR115 comes with the following expansion options:

The IBR117 comes with the following expansion options:

Read more: iBase extends to ARM with the Launch of the Pico-ITX IBR115 and the IBR117