This is a simple countdown-timer-on-a-chip project – you program the PIC, attach some buttons and a pair of 2-segment LEDs, and you are done. 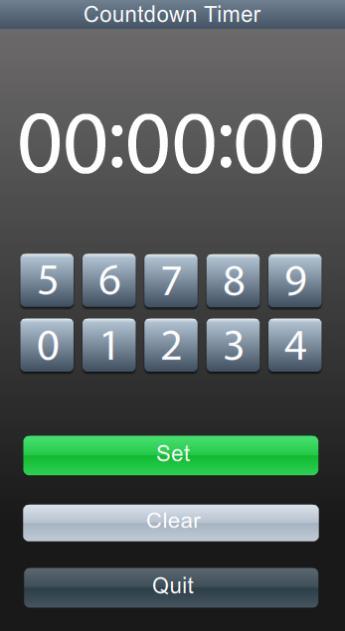 I used this timer for one of my projects, but I tried to make that timer as generic as possible, so it can have other applications. On this site I describe only the timer itself – code, pinout, and operation. If you want to see something built with the timer, check my Air Sampler project.

Give it a try:

You can give it a try right now – the widget on the right is a fully-operational simulation of the timer, configured to count seconds. Adjust the time using the

buttons. Start the timer with the

. Pressing and holding a button works as you would expect from any timer. The green LED will show you when the timer is working – in real life, instead of the LED you will most likely have some device controlled by the timer.

If you have questions or comments, or if you have found an error on this site, please let me know. My e-mail is at the bottom of the page.