The HID class consists primarily of devices that are used by humans to control the operation of computer systems. Typical examples of HID class devices include :

Each project based on the USB library should include a descriptor source file which contains vendor id and name, product id and name, report length, and other relevant information. To create a descriptor file, use the integrated USB HID terminal of mikroC PRO for PIC (Tools › USB HID Terminal). The default name for descriptor file is USBdsc.c, but you may rename it. 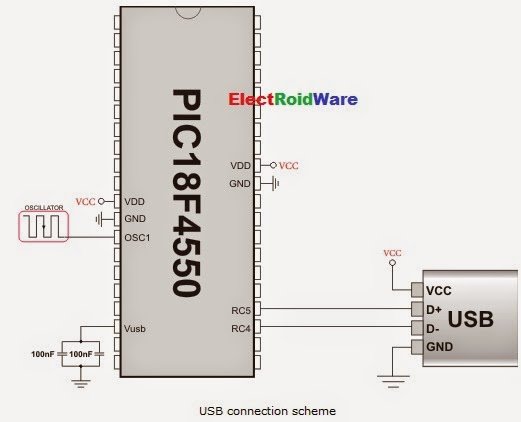 This project is designed to develop as a robotic vehicle that can be controlled by a cell phones. DTMF commands...