This USB sound card that presents itself as C-Media is one of the cheapest sound cards available with price $1.1-$2 depending on vendor. 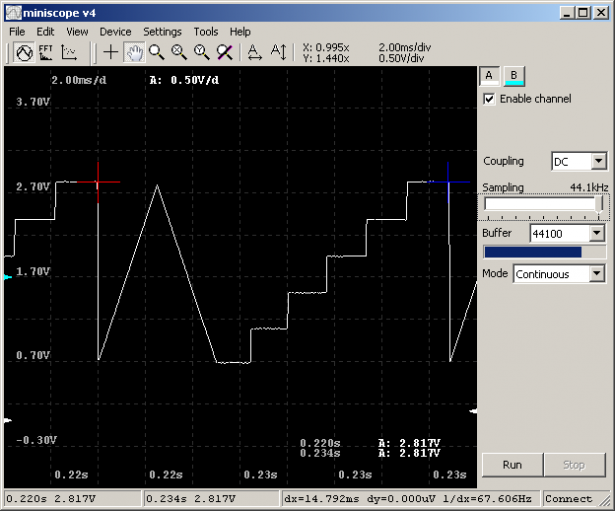 Judging by the descriptors chip inside is identical as in previously described “C-Media” sound card version without any control keys.

Unlike the previous “C-Media” USB sound card I’ve tested and similar card from this thread it was easy to find point where DC signal component is not blocked: