The 18-pin microcontrollers from PIC16F series have always been my favorite processors. They are small in size (so occupies less area on the circuit board), and are very easy to use. Besides they are capable enough to do most projects that don’t require a large amount of computational capability. I have used PIC16F628A and PIC16F1827 in most of my tutorials and projects posted on http://www.Embedded-Lab.com. 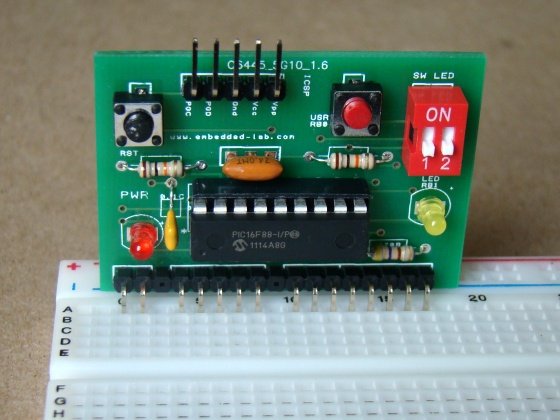 I have found them very handy and will be using them more in the future. So I thought of making of a breakout board for 18-pin PIC16F series. I recently used iTeadStudio’s inexpensive PCB service for making PCBs of the board. Here are some pictures that show the circuit diagram and the assembled board. 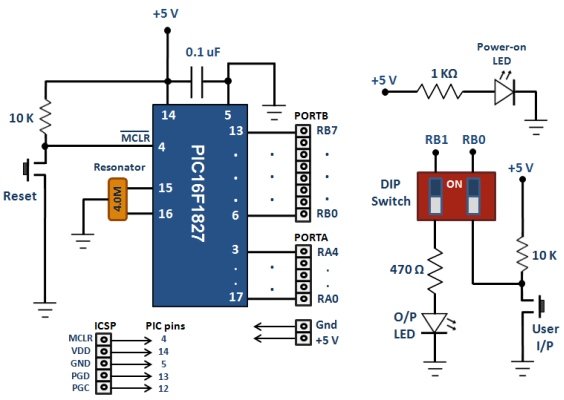 The switch and the LED are useful for a quick test of the board. The microcontroller clock is derived using an external ceramic resonator having 3 pins with built-in load capacitors. PORTA (RA0-RA4) and PORTB (RB0-RB7) pins of the microcontroller are accessible for experimenting through header pins (male, female, or right-angled). A 5-pin header is also available for ICSP programming through a PICkit2 or PICkit3.

For more detail: Breakout board for 18-pin PIC16F series microcontrollers

Skateboard with PIC microcontroller and LEDs

What do you get when an Electrical Engineer builds a Skateboard from scratch for a 13 year old's Christmas present?...