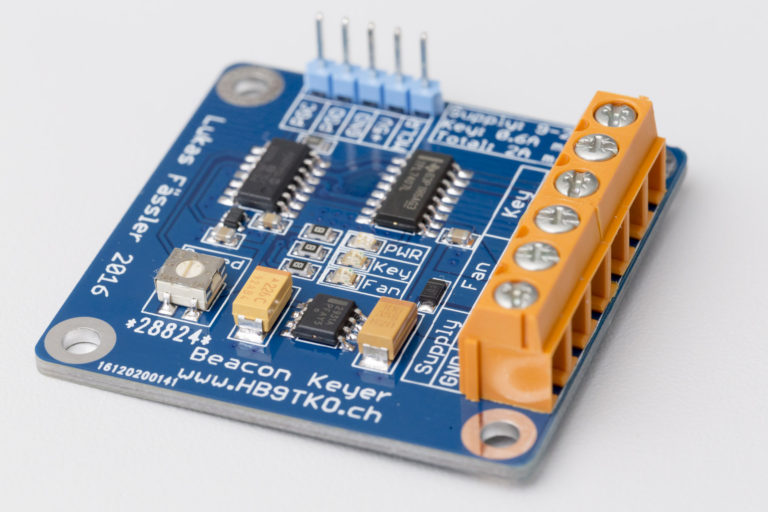 This is likely the first ham radio related project that I document here on this blog. But my very first PIC project was a beacon keyer that I made for my father, HB9BBD. That was was in 2013. A beacon keyer is a great project to get started with microcontrollers since it’s not much more than a fancy way of blinking an LED.

At that time I didn’t even use Eagle yet and so the layouts were based on a software called Sprint Layout. These were all very simple circuits, all based on a PIC16F688, and therefore perfectly suited for making some of my first homemade PCBs as well. The very early versions like the one in the picture above even used the DIP version of the PIC in a socket. All the resistors and capacitors are 1206 size not 0805 like of my later designs.

In fall last year, HB9MPU asked me if I could make some keyers for his new 10GHz beacon. That was a great oportunity to design a new one from scratch and this is what this post is about.

These were the requirements:
– 12V operation
– Open drain outputs, i.e. a transistor to ground
– 2 outputs, one of them inverted