A Guide to Cloud Computing

Cloud computing services are helping organizations to lower their expenses, as they will not need to own their own IT infrastructure. Instead, they will pay for a service that complements their operations and budget.

If you are unfamiliar with the term, cloud computing is the delivery of various computer services on-demand, such as storage, applications, and processing power. It is also available via the internet and as a pay-as-you-go service from a provider. 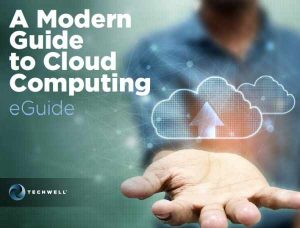 If you would like to learn more about the sought-after service, read this informative guide to cloud computing.

There are currently three cloud computing models that refer to different processes:

By using a cloud computing service, a company will no longer need to buy or maintain a computing infrastructure, such as servers and operating systems.

Cloud computing is also responsible for powering many of the tools and platforms the public use daily, such as Gmail and Netflix.

At present, there is a limited number of giant cloud providers; however, they are experts in their field, which is why many companies struggle to rival their IaaS and PaaS services. Industry leaders include Microsoft Azure, Amazon Web Services (AWS), Google Cloud Platform (GCP), and IBM. Anyone wanting to enter a career in cloud computing should, therefore, become an expert in one or more of the above services. For instance, you could undertake the Microsoft Azure certification path to master the popular platform.

READ  How Machinery Can Help Your Businesses Flourish

The Difference Between the Popular Cloud Computing Services

Different cloud computing providers will have different priorities and strengths. For example, AWS’s biggest strength is undoubtedly in IaaS and PaaS. It has, however, been reported that they are setting their sights on databases.

However, Microsoft is well-regarded for SaaS services, which is due to the popularity of its Office 365 software, as well as additional productivity services. However, it also provides an increasingly growing IaaS and PaaS service with Azure.

Many cloud computing providers are also attempting to differentiate themselves in the market. For example, Google has established itself as an artificial intelligence expert, while IBM is attempting to become the go-to company for managing a variety of cloud services.

Cloud computing breaches are uncommon, as a provider will have engineers in place to monitor and protect an infrastructure. However, a security breach is possible if an end-user doesn’t have a secure system in place, as human error is often the biggest culprit. Companies that adopt cloud computing must, therefore, focus on their security to prevent a leak in the system.

If you would like to learn more about cloud security, you can join a course to learn the basics of a platform. You also should gain a firm understanding of storage, networking, application development, and more.

iWave’s “iW-Rainbow-G27S” Pico-ITX SBC runs Linux or Android on an i.MX8 QuadPlus or QuadMax with up to 8GB LPDDR4, 2x...