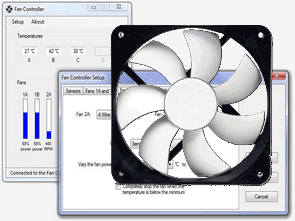 Fan control circuit on a Board of Directors established the computer control program through Pic18f2550microcontroller 4 channel can be set independently of the rotation speed of the fans is connected. Temperature sensor is used as LM335Z. The program’s work for Microsoft. NET framework 3.5 must be installed already the program installation files downloading USB fan control software with Visual Basic Express 2008 installation and source files.

Note: the Fan control circuit used in standard pc vaults can be connected to the cpu fans or oğutucu fans (100-250ma)

The Intelligent Fan Controller is designed to control the noise generated by the fans inside your computer. It does this by varying their speed based on temperatures measured inside the case. When it is cool the fans will run slowly and they will only speed up when needed… when your computer is running hot.

Anyone with a noisy computer, especially a Media Centre system in the lounge room, will benefit from this project. After installing this device, my computer is now so quiet that I can hardly tell that it is running – and that is a blessed relief.

The main features are: 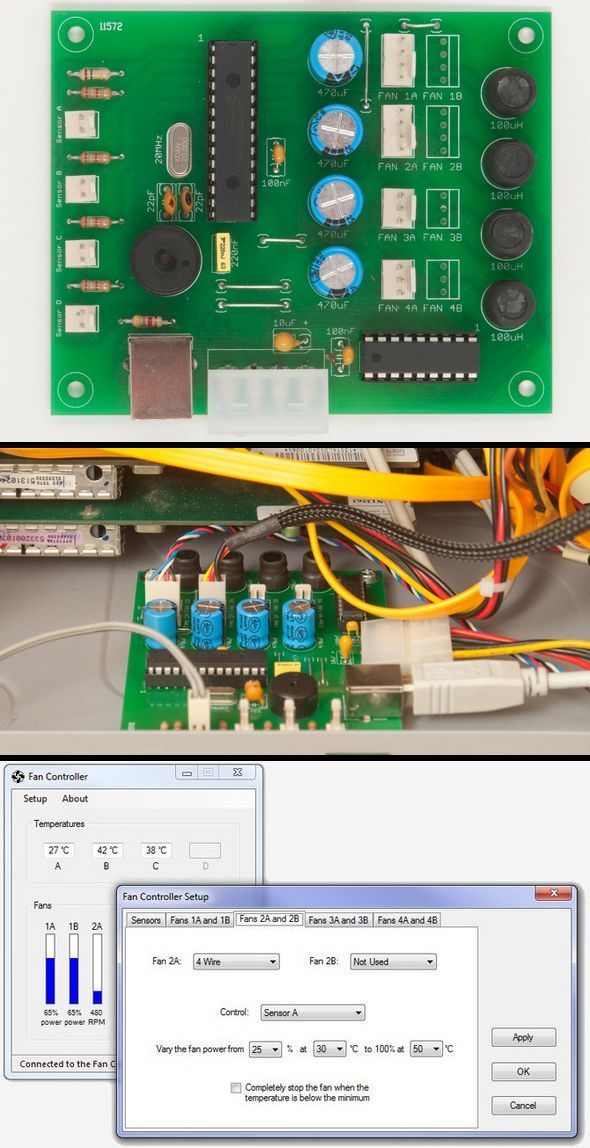 Introduction Driven by the need forunt ethered mobility and ease of use, many system srely on rechargable batteries as their...