It really took me 10 years to build that programmer !!

Don’t be surprised , I actually started building the original programming circuit of Microchip PIC 16F84 ( JDM 2 ) on 2003 and finished it in 2 days. Then  on 2013 , I found that it can be reused to program the advanced Microcontroller used these days like PIC 18F4550. Here I found and built a simple and easy 18F4550 programmer.

I really thought that this programming circuit follows the old saying : 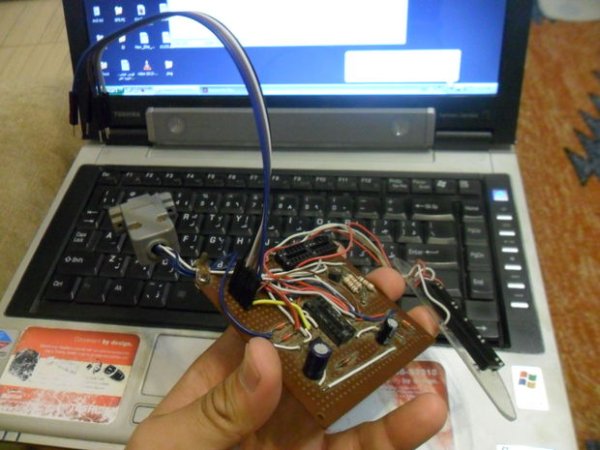 The Best keeps getting better.

And for many other Microcontrollers.

This circuit uses the serial ( COM ) Port of your Desktop PC. It is powered by the 12V from the serial port. So it cannot be used with the USB-to-RS232 Converter.

This is the same programmer I built in a previous instructable :

At that time I used the software loader IC-Prog .

I just added a 28 pin IC Socket and searched for a new software loader other than IC-Prog.

After finishing this step I had a 18F2220 Microcontroller Programmer . 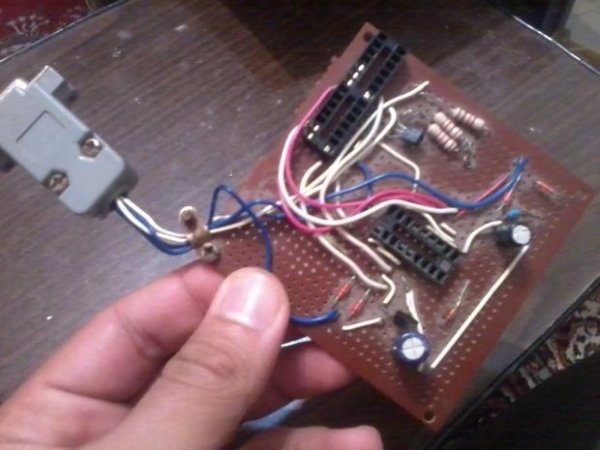 And then I searched about the advanced Microcontroller PIC18F4550 which can be directly connected to the USB port. The best thing was it can also be programmed by the same JDM circuit. The only modification I had to do with the circuit is adding a new socket for the new Microcontroller chips. The Microcontroller chip PIC18F4550 has 40 pins so I had to install an extension to my old JDM circuit because it had no space left.
That`s the way I built this extension. A 40 Pin IC connector on small piece of plastic connected to wires by the conductive ink.
Then I welded the wires to the PIC18F2220 28 pin IC connector.
Basically, all the PIC Microcontrollers use the same pins for programming.

We have for you LED thinner than a solder drop

Only 0.5 mm thick (or thin) SMD LED Kungbright KPHCM-2012 can be placed practically everywhere, without increasing an overall PCB...