This PIC LCD volt meter project uses a PIC micro and an HD44870 LCD display. The analogue input is taken directly to the analogue input pin of the microcontroller without any other processing.

So the input range is from 0V to 5V – the maximum source impedance is 2k5 (for testing use a 1k pot). To improve the circuit add an opamp in front to present greater impedance to the circuit under test. The output impedance of the opamp will be low which is a requirement of the PIC analogue input. 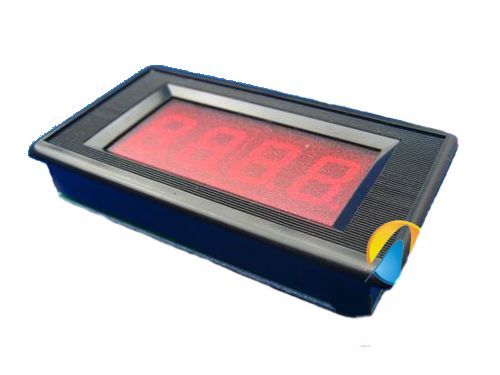 The LCD volt meter uses the microcontroller power supplies as reference voltages and so it is not likely to be very accurate (e.g. a 7805 5V regulator has an accuracy of 5%). You can make it more accurate by setting the scaling value in the software to match the power supply (measuring the supply using a voltmeter) (see Calibration later).

The most accurate way of all will be to use a voltage reference and feed this into RA3 as the positive reference value but this project simply provides a quick and easy way of measuring volts without circuit complexity.

The project mainly shows how to control and setup the software to read an analogue value from the first analogue port RA0.

Note when designing using the analogue inputs its a good idea to start from AN0 as there is only a limited set of ways that more analogue ports can be selected for use (see the chip data sheet – analogue inputs).

You can use any PIC microcontroller that has an ADC and enough memory to hold the program.

The LED is pulsed after every ADC acquisition to indicate that the processor is alive – so you can tell if the software is active.

You can program the PIC in circuit through the ICSP connector.