A triangle wave consists of a constant rising slope followed by a constant falling slope, and the wave resembles a poorly drawn mountain range. 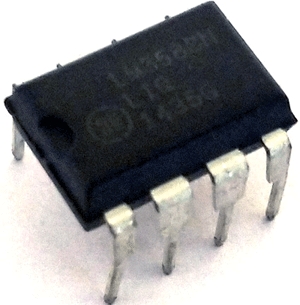 LM358 is a Dual Low Noise Operational Amplifier which has two independent voltage comparators inside. This is a general-purpose op-amp which can be configured in many modes like comparator, summer, integrator, amplifier, differentiator, inverting mode, non- inverting mode, etc. To learn more about LM358 go through LM358 various circuits as amplifier and comparator

Schematics for Op Amp triangular wave generator is given below:

This circuit is a simple example of a relaxation oscillator using a single op-amp as a comparator. 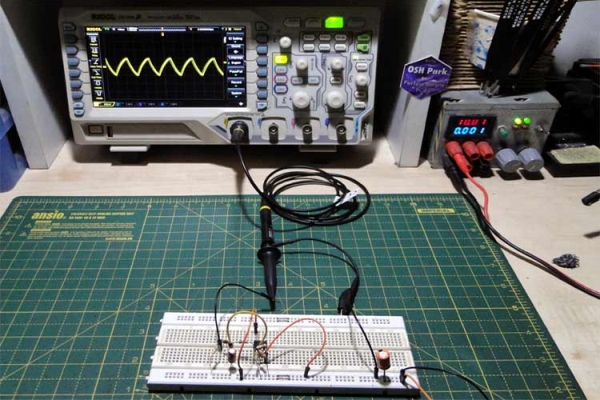 Initially, let us assume that the capacitor is discharged. This puts the inverting input at a voltage lower than the non-inverting input, which is half the supply voltage from the resistor divider.

The output goes high till the capacitor voltage goes above half the supply voltage, at which point the voltage at the inverting input is greater than the non-inverting input. The output then goes low, discharging the capacitor. At the same time, the 10K resistor acts as hysteresis – when the output goes low, the bottom leg of the voltage divider now has a 1K and a 10K in parallel, which decreases the overall resistance and reduces the reference voltage.

The values of the hysteresis resistor and the resistor divider can be changed to increase or decrease the frequency.

The output of the opamp is then AC coupled to produce a signal that has an equal positive and negative swing. This signal can easily be amplified.

So this is how a simple triangle wave generator can be built using a single Op-amp and few discrete components.