Our efforts in this project were to create a version of a Microchip mid-range PIC microcontroller in verilog to run on an Altera DE2 board.  It was primarily planned to create a machine that would follow a set of pre-determined instructions and perform computation, interpretation, and control of input and output ports.  In order to prove that there was actually a processor under the hood we decided to have the controller interface with (1) a human user, (2) and LCD display, and (3) control a ship from the Redhawk Duals project.  There is actually action taken on input from all three sources and control output to the LCD and Basic Ship of the duals project.  In an attempt to make writing the code for the controller as easy as possible, the architecture was made to resemble a true PIC so that a C compiler could be used to generate the software interface. 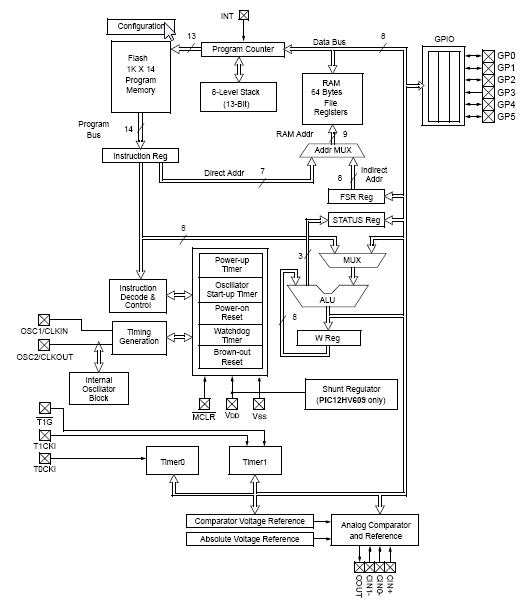 Almost all of the instruction words would be needed to be compatible with the compiler, so after building the verilog PIC every instruction would be needed to be simulated and tested with different values to ensure that the PIC acts as expected.  The words not needed are CLRWDT to clear the unimplemented watch-dog timer, RETFIE which is used during returns from interupts which are not implemented, and SLEEP which puts the PIC in low power mode. 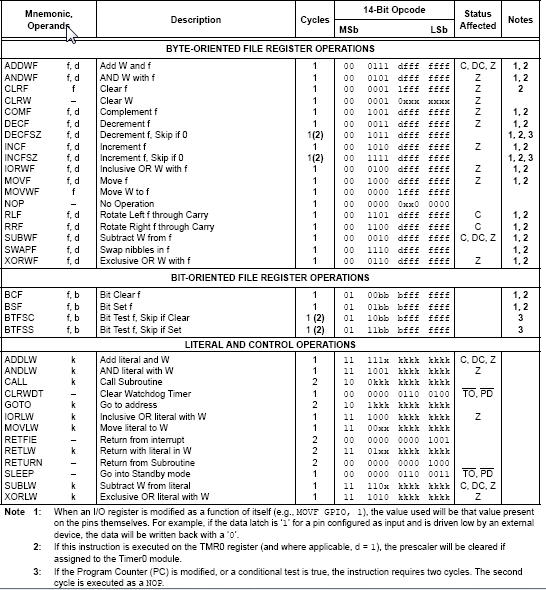 The IO ports are 8 bit bidirectional ports that are direction controlled from a TRIS port that determines whether the pins are input or out put, and can control it on a bit by bit basis, or not by requiring the designer to make all 8 bits one direction or another.  So they needed to be built bit by bit, and then grouped into groups of 8 for an 8 bit port.

READ  KONTRON PRESENTS SOM BASED ON THE NEW STM32MP157 BY STMICROELECTRONICS

Reverse-engineering the surprisingly advanced ALU of the 8008 microprocessor

A computer's arithmetic-logic unit (ALU) is the heart of the processor, performing arithmetic and logic operations on data. If you've...