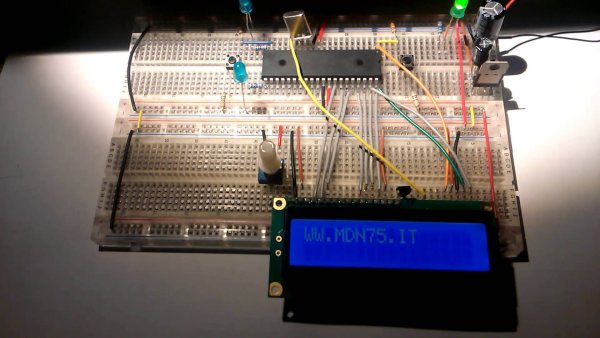 In our previous chapter on pic18f4550 programming we did all the coding in just one file main.c for blinking an LED with pic18f4550 which is a very common method adapted by many beginners. However here we are going to break down the same program and define our own header file. For our example we are going to use the same old example of blinking an LED. This strategy of programming helps in long run for beginners.

Why do we need to define an external header file?

For a simple example of blinking or flashing an led it is pretty much okay to code everything in one file main.c. But in future when you are dealing with complex coding functions and logics, things might get messy if all the coding is done in just one file. Rather sometimes it becomes difficult for even the actual programmer to find their own mistakes, or to makes changes if some coding needs to be modified after a couple of months. Hence dividing things makes it easy for keeping the track of code blocks.

For example, the source code in our previous tutorial started with a general programming style where you have the includes in the beginning (#include<p18f4550.h>), and then followed by lengthy Compiler directives (#pragma config) to set the chip configuration bits.

Instead of writing the lengthy chip config bits in the main.c, you can create a separate header file with headername.h and then write all the compiler directives in the header file headername.h. Finally include it the main.c like the regular #includes in the beginning of the code. A typical user created header include syntax would look like..

While executing the main.c all the compiler directives will be parsed by the compiler defined inside #include ” headername.h”, In future if you want to change some settings in the chip config bits when without touching the main.c you could directly open the respective header file and make changes.

-Type the compiler directives in the new file created.

-Save the file with a name and extention “.h”. Example: headername.h

If everything goes well the then you would see your created header file included in the Project Explorer under “Header Files” , if its not showing then probably while saving the file you forgot to check mark “Add to Project Files”.

-Open main.c and add the line #include ” headername.h “.

By this way you can create your own header files with codes such as compiler directives, timers or port settings and have them included in the main block. The functions defined inside the header files can be also called from main. This strategy would keep the main.c block clean and would also be easy to makes changes with coding in the future. Instead of messing with entire coding you can specifically reach the section you wish to make changes.

Let’s review the schematic and the source code for a example below.

In our previous Tutorial we made two LED’s to blink. Here we are going to blink four led’s on port B , RB0, RB1, RB2 and RB3 .  Here is a sample schematic. The circuit can be easily built on a breadboard in no time.